Here's another reason to be jealous of the gorgeous and talented Taylor Swift: she's extremely rich!

The 22-year-old tops Forbes' list of the highest-paid stars under 30. Forbes estimates that Taylor made $57 million between May 2011 and May 2012. The majority of her money came from her concert tour, where she made over $1 million per show. Taylor also made big bucks as a CoverGirl.

Coming in second place was Justin Bieber. The 18-year-old made an estimated $55 million last year, also mostly from concerts and music sales.

Rihanna came it third with $53 million. Like Taylor, she made a fortune from her tour and endorsements, including Vita Coco and Nivea.

Lady Gaga (yes, she's under 30), last year's No. 1, came in fourth at an estimated $52 million. That's half of the $90 million the 26-year-old made the previous year. The main reason? Her latest world tour began after the time period for Forbes' story.

See who else rounded out the top 10 by clicking on the "Launch Gallery" below: 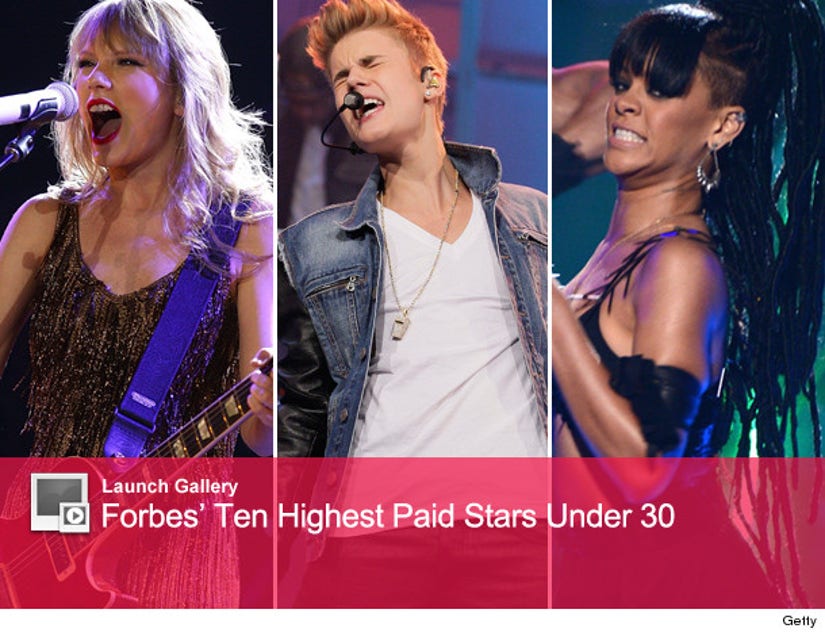 Are these stars worth their big paydays? Tell toofab in the comments below!