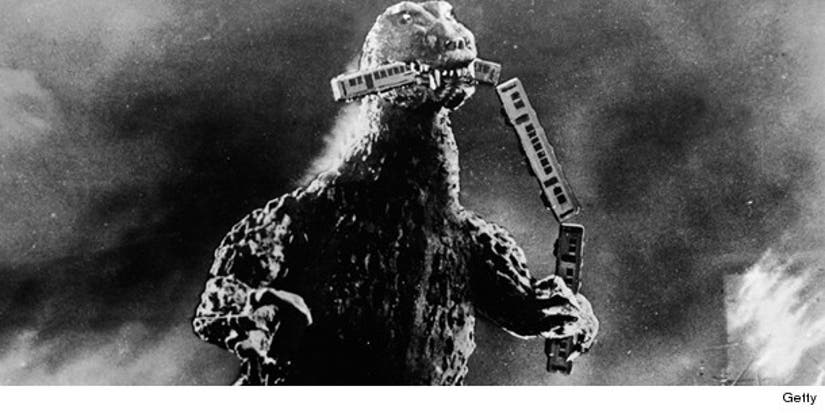 The fans weren't the only one roaring in San Diego yesterday -- as Warner Bros. officially announced their new "Godzilla" movie with an impressive teaser.

The clip began with glimpses of a ravaged city, a beach covered in dead bodies and a building with a giant hole in the middle of it ... leading up to a big reveal of the big lizard.

It ended with another shot of Godzilla roaring.

The video definitely had a more realistic look to it -- and, thankfully, looks nothing like the 1998 film with Matthew Broderick.

Of making the movie, director Gareth Edwards told the ecstatic crowd "We just want to see a kick ass Godzilla," adding that the thought behind the flick would be "If this really happened, what would it be like?"

The footage was a surprise at the Warner Bros. panel, which was just supposed to be for "Man of Steel," "The Hobbit" and "Pacific Rim" -- and they were all crowd pleasers.