Will we ever see Superman fighting alongside Wonder Woman and Batman on film? From the sound of it, Warner Bros. may be laying the groundwork with their new Superman flick.

Cavill fills in the suit nicely and the shots of him flying through the air were very impressive. For the ladies (and some men), there's another great shot of him shirtless walking through fire.

There were shots of Amy Adams as Lois Lane, Russell Crowe as Jor-El, Kevin Costner as Jonathan Kent and Michael Shannon as rumored villain, General Zod.

With the success of "The Avengers," the long-rumored "Justice League" movie was on everyone's mind -- and when asked if this movie would lead into that, Snyder had a cryptic answer that everyone took as a "Yes."

"We know Superman is the jewel in the DC crown," he said. Adding with a knowing grin that they're working on getting Superman's "house in order, then who knows what's possible."

The public will likely see the footage next week ahead of "The Dark Knight Rises."

Who's ready for a new Superman? Check out the new poster below! 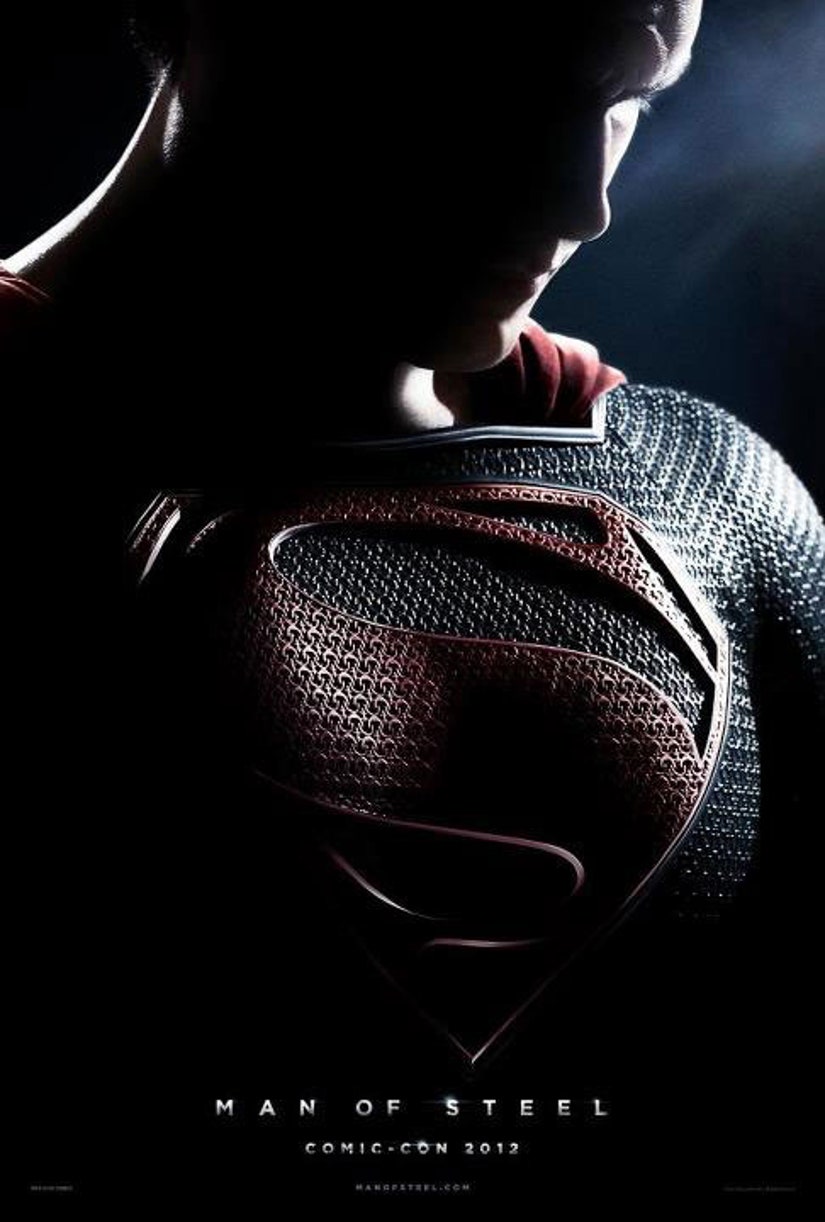