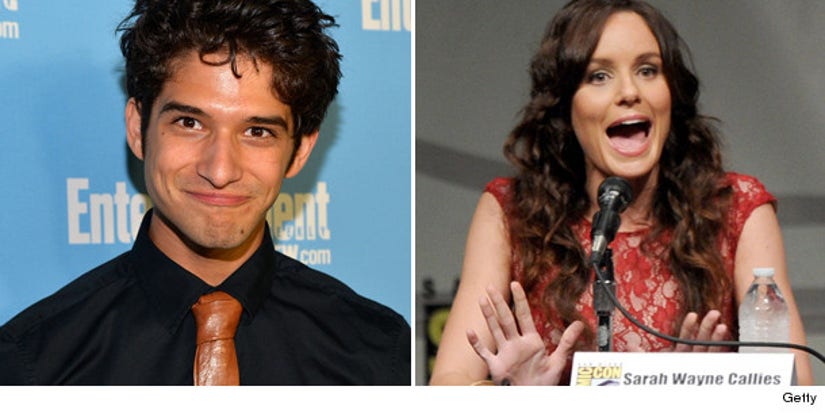 If you think Comic-Con and sci-fi/fantasy shows only appeal to a certain type of person, think again.

Some of the biggest stars on the small screen attended TV Guide's Fan Favorites panel at Comic-Con on Saturday, where they revealed what shows they geek out to.

Check out their fun (and sometimes surprising) answers below!

Jasika Nicole ("Fringe") would welcome the opportunity to play a black female agent on her favorite show "Homeland."

Funnyman Joel McHale ("Community") joked he plays "Spartacus" for his four- and seven year-old because they like "boobies and swords."

Sarah Wayne Callies ("The Walking Dead") admits she "lost her mind" when she met the cast of "Game of Thrones" on a boat party at Comic-Con. "They thought I was a crazy fan and tried to have me removed," she half-joked.

Hunky Liam McIntyre ("Spartacus") is glad that his favorite show, "Futurama" is back on the air.

Later in the panel, the stars revealed one thing about themselves that their uberfans in attendance didn't know about them.

Tyler Posey admitted that he had tattoos, at which point an enthusiastic audience member shouted out "Take it off!"

Matt Smith revealed he has very wide feet and said it's very difficult to buy shoes in his size.

Sarah Wayne Callies joked she has a secret crush on Nathan Fillion.

David Giuntoli revealed, "you're looking at a man who's deaf in the left ear," explaining that's the reason why he was on the far end of the panel.