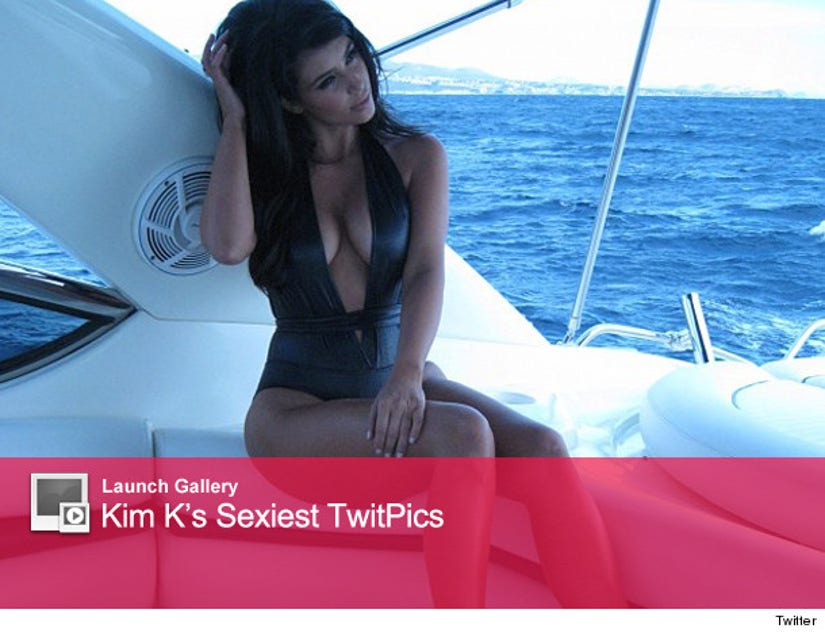 The reality TV star, who is known for posting revealing shots for her fans on Twitter, was at it again this weekend -- where she shared two sexy swimsuit pics for her 15 million followers.

In the other, from Saturday, she writes "Saturday Suntan."

She's lounging on a yacht in both pics -- and while she's in Miami with boyfriend Kanye West, he's can't be clearly seen in either pic ... unless that's him behind her in the bottom pic: 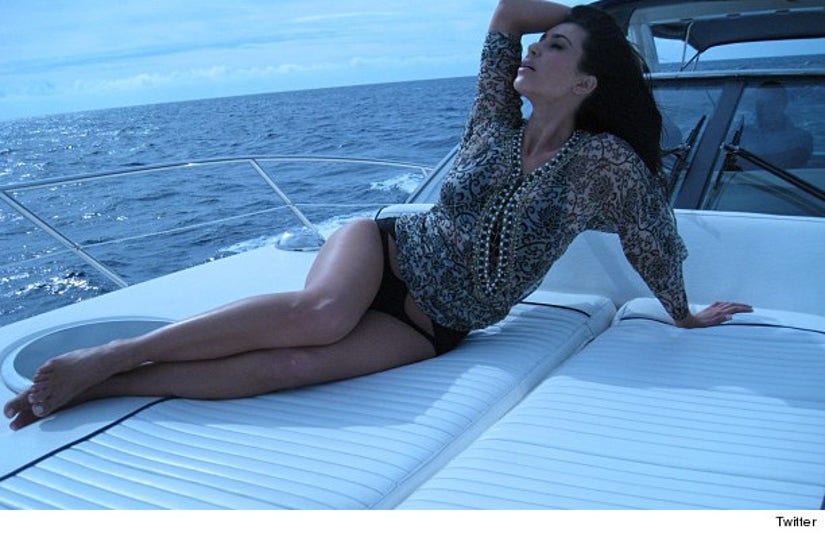 Check out some of Kim's other sexy TwitPics in the gallery above!