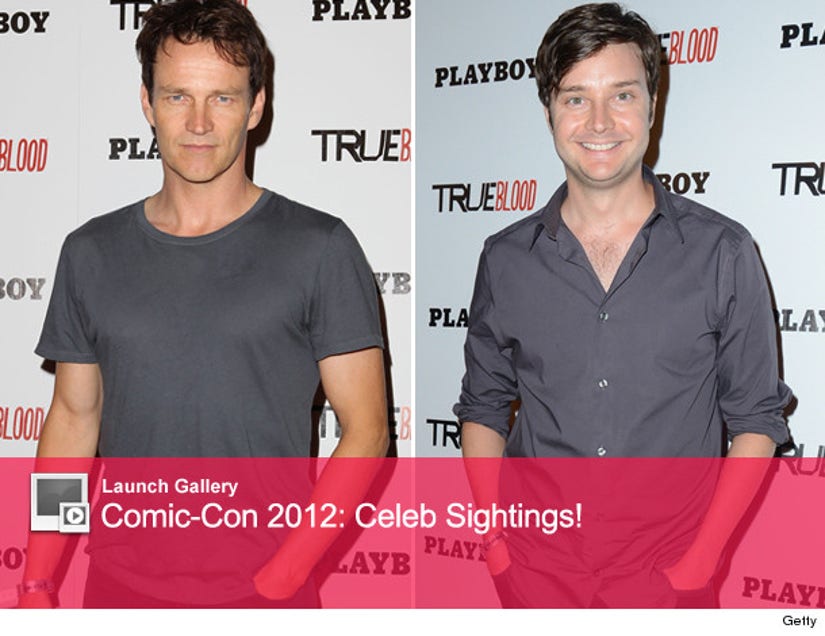 On last night's episode of "True Blood," it looked like another character met the "True Death" -- but according to the stars of the show, the body count will only get higher!

At a Playboy-hosted party for the show this weekend at Comic-Con, Michael McMillian -- who plays Reverend-turned-vampire Steve Newlin on the show -- told toofab there are more deaths to come.

"A lot of deaths, can't say who," McMillian says. "I can say that starting with Episode 6, everything gets flipped on it's head. I think the first half is a very exciting buildup to what is coming next. I'm so excited."

And one of the episodes coming next has a very special director -- Bill Compton himself!

At the same party, actor Stephen Moyer talked about what it was like to boss his costars around on set.

"I was just treated with such respect by my peers," Moyer tells toofab. "In a way I was kind of dreading I wouldn't be but they were everything that one could possibly dream they would be and more. It was really moving actually at times because they just wanted it to work for me and so did the crew."

"There's always a surprise. I think some things happen this year that kind of rock the foundations of the society," he says. "Sam's got some great stuff coming and there's also a twist happening in another area of Bon Temps. I can't tell anything can I?! There's some really good, big stuff coming."

As for McMillian's character, will Steve (who's been pining for Jason Stackhouse this season) finally get some?

"He's really trying to get laid," McMillian tells us. "I don't know if he's gonna get laid this season but he definitely has some romance in the future. He's got a whole love story that started with Jason in the beginning and is going all the way through the season."

Check out the just released Comic-Con sneak peek for the rest of the season above -- where we get glimpses of Tara as a pole dancer, Russell Edgington on a rampage and Alcide getting it on with a new lady friend!