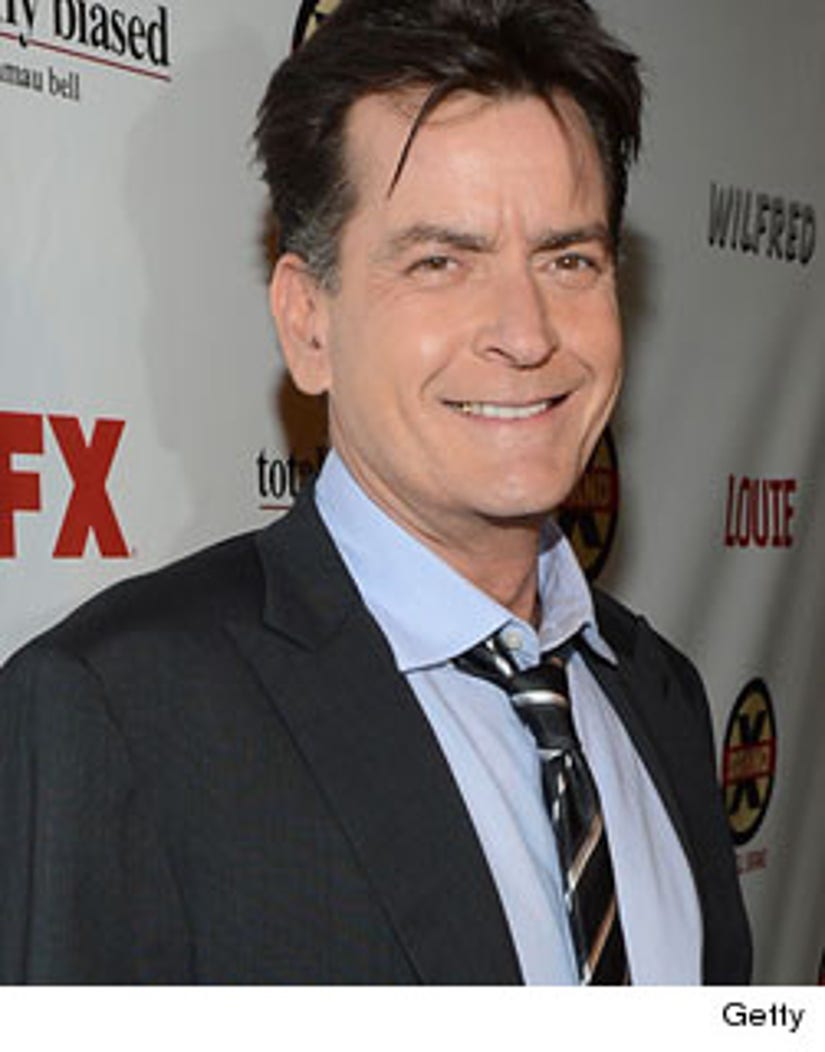 Charlie Sheen is "genuinely interested" in joining "American Idol" as a judge, but says no one from the show has contacted him yet about the position.

TMZ broke the story last week that producer Nigel Lythgoe was pushing for Charlie to join the panel for Season 12. With Steven Tyler and Jennifer Lopez departing, there are at least two open judging spots. Randy Jackson has yet to confirm if he is returning or not.

Charlie spoke with Ryan Seacrest on Ryan's radio show Tuesday morning and agreed that he would be an unexpected choice. "It seems so out of the blue it would make sense," the 46-year-old actor said.

When asked about how he would treat the young contestants, Charlie admitted he would be "honest but not create any suicide moments."

He added that he "hasn't heard anything back" and outlined his terms for doing the show. "If they would match 20% of my salary to three foundations ... the money would have to be right ... and FX [the network that airs his sitcom "Anger Management"] would have to let me do it."

Ryan pointed out since FX is part of FOX (home of "American Idol"), it could work.

The shooting schedule would be very aggressive; Charlie is taping two episodes of "Anger Management" a week. Would you watch Charlie Sheen on "American Idol?" Tell us below.

Meanwhile, J.Lo was on "GMA" this morning and shared her choice: Jon Bon Jovi and Bono.