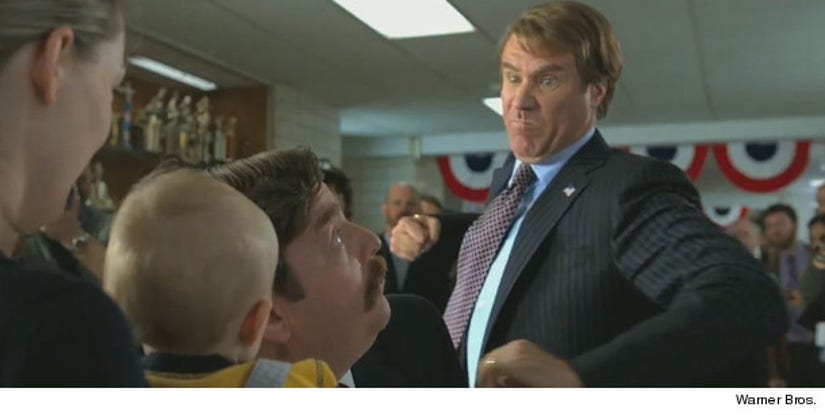 Will Ferrell and Zach Galifianakis star in "The Campaign," a new comedy that plays up the political spectacle of running for office, where mud-slinging and back-stabbing take campaign ethics to all an all time low!

Toofab caught up with the stars of the flick, Will Ferrell and Zach Galifianakis, on their campaign trail as the two faux-congressmen hit up cities across the nation.

In the film, both candidates go to extreme lengths to win, so we wanted to know if either of the comedians have ever done anything that crazy to get ahead in their personal lives … and let's just say they gave us some pretty interesting answers!

Check out the clip below to see Will and Zach tell us what they've done to impress a girl. Here's a hint: it entails prison time!

And be sure to check out “The Campaign” when it hits theaters nationwide August 10 -- to see the epic battle that ensues between sleazy congressman, Cam Brady (Will Ferrell), and his awkward opponent with a heart of gold, Marty Huggins (Zach Galifianakis), as they go head to head for the win!

Make sure to check out the preview too!