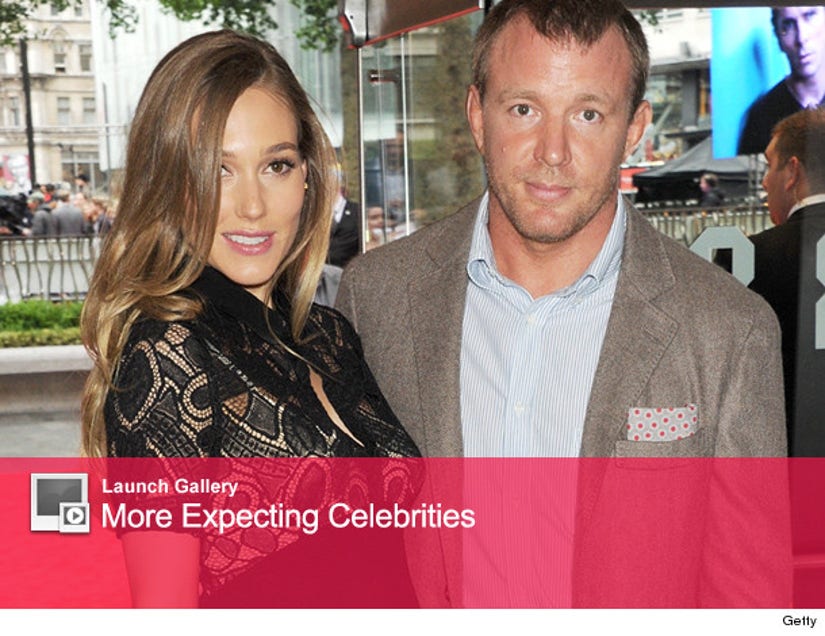 Madonna's ex Guy Ritchie is set to become a dad for the fourth time!

The 43-year-old writer-director and his model girlfriend Jacqui Ainsley, 30, attended premiere of "The Dark Knight Rises" in London on Wednesday night, where Jacqui definitely appeared to be sporting a baby bump!

The child will be the second for the couple who have been dating for over two years.

Their son, Rafael, was just born in September. Clearly, these two are wasting no time!

Guy also has two children with Madonna -- biological son Rocco is 11, and adopted son David is 6.

Congratulations to the family and click "Launch Gallery" above to see Jacqui's bump and more shots of expecting celebs!