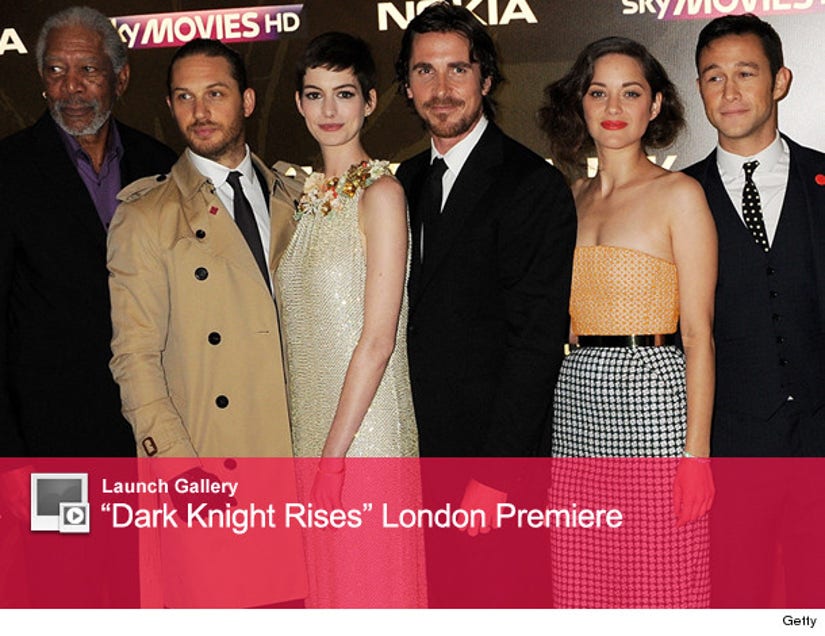 There's less than 48 hours until "The Dark Knight Rises" lands in theaters -- and it's so highly-anticipated, even royalty attended the London premiere!

Christian Bale, Anne Hathaway, Tom Hardy, Joseph Gordon-Levitt, Marion Cotillard, Morgan Freeman and director Christopher Nolan hit the red carpet for the second time this week to promote the movie ... and this time they were joined by a prince and princess.

Prince Harry and Princess Beatrice were both spotted sneaking into the theater at Leicester Square, Harry looking dapper in a blue suit. See their royal arrivals above.

"Sherlock Holmes" director Guy Ritchie also used the red carpet to announce he's expecting another baby -- check out his girlfriend's baby bump, plus more celeb arrivals, in the gallery above!