What happens when you bring together two sexy stars for one photoshoot? Hotness overload!

Charlize Theron and Michael Fassbender teamed up for a sizzling W Magazine spread by photographer Mario Sorrentini. The two impossibly attractive actors show incredible chemistry, which developed on the set of their sci-fi flick "Prometheus."

Check out the photos below, where Michael gets "fass-bended" and hung upside-down! 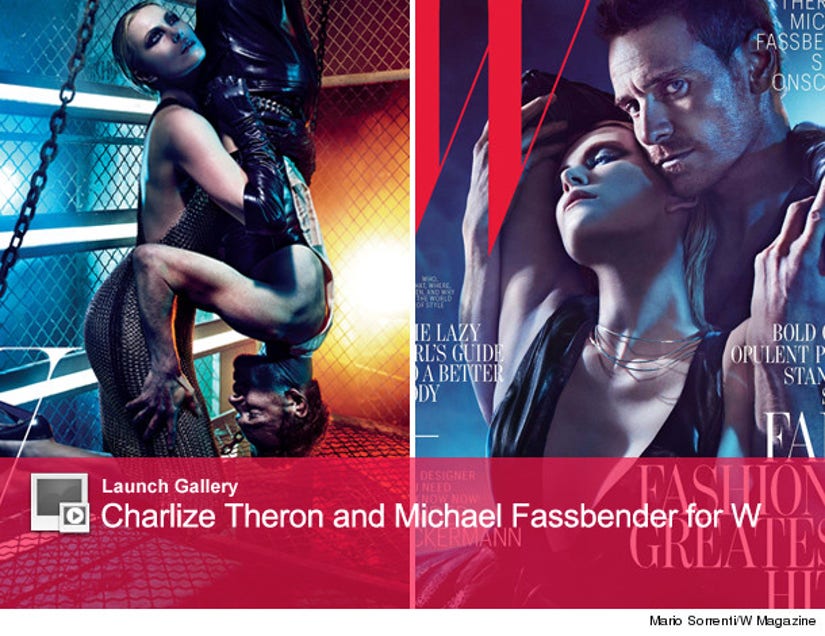 In the accompanying article, the stars are asked what's harder to film: a death scene or a sex scene. Their response -- which highlights their relationship -- is excerpted below:

Michael: Kind of. I didn't want to say anything, but yes.

Charlize: What I mean is, I'm not hung up on my body, and I've been lucky to work with people I've been really comfortable with. I've had maybe two occasions where…

Michael: It's been uncomfortable.

Charlize: And Michael's one of the two who did not make me feel very comfortable [laughter].

Michael: I was a robot! [he later states that death scenes are easier]

Somehow, we don't think anyone would turn down appearing in a sex scene with either star!

To read even more, click here or pick up the August issue of W magazine on newsstands now!