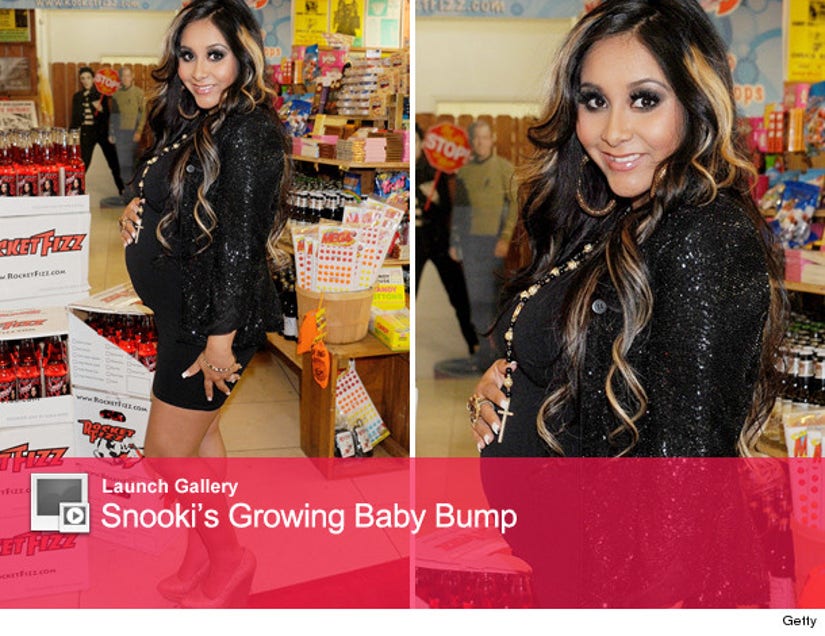 Baby bump or not ... Snooki still loves her LBDs!

The pregnant "Jersey Shore" star put her growing belly on display last night at a Rocket Fizz candy shop in Los Angeles -- where she unveiled her own wild cherry flavored soda.

We gotta say, Snooks -- who still has about a month left in her pregnancy -- did look good at the event on Wednesday night ... pregnancy is agreeing with her and she's definitely got that glow.

Check out how Snooki's belly has grown since she announced her pregnancy in the gallery above.

While she's still got some time until her baby is born, the reality TV star was celebrating something else this morning.

"American Horror Story nominated for an Emmy?!??? WELL OBVI my fav show !!!!" she tweeted after the nominations were announced.