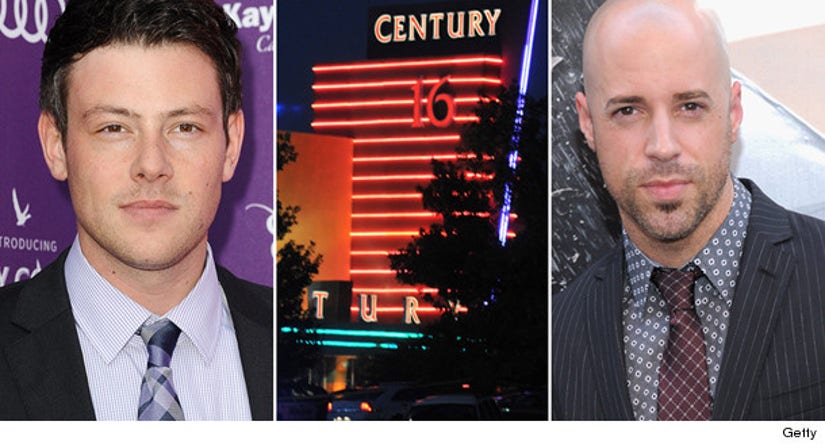 The country is still reeling from this morning's deadly shooting during a screening of "The Dark Knight Rises" in Colorado.

As more and more details come in, celebrities are heading to Twitter to voice not only their condolences for the victims and their families, but also their concerns about gun control in the US.

Here are some tweets from both sides of the argument:

Cory Monteith @CoryMonteith
guns don't kill people, people do etc.. but until we can fix society somehow you probably shouldn't be able to buy AR-15's at a fishing shop ... such a senseless tragedy. when are we going to reconsider the role of guns in society? how many more times does this have to happen?

Susan Saradon @SusanSarandon
The right to bear arms was referring to muskets. Maybe it's time to re-think our gun policy on this day of slaughter in Colorado

Piers Morgan @PiersMorgan
Lunatics like this will always try and get guns. It should be 100,000 times harder than it is for them to do so. That's my point. #Colorado

Charlie Daniels @CharlieDaniels
Get ready for the gun control bunch to start howling. If they have their way only thugs and murderers will have guns,laws dont effect them. If you want to see government control at work look at Chicago,toughest laws,highest murder rates.

Josh Hopkins @MrJoshHopkins
Dear news media, In reporting about tragedy in Colorado please do less about 'does Batman promote violence' & more about gun control. Thanks

Bryan Greenberg @bryangreenberg
People against gun control are you kidding me?! Don't even try to justify having a AR-15 for personal use. Not necessary!!

Chris Daughtry @CHRIS_Daughtry
Stricter gun laws will not stop SICK people from getting access to guns...Laws & rules are not in the forefront of the mind of a criminal

John Leguizamo @JohnLeguizamo
My heart goes 2 all the victims families in colorado. No one should have to go thru that. When r we gonna get guns removed in this country?!

Miley Cyrus (@MileyCyrus) re-tweeted a message from one of her followers who wrote:
Less guns = less psychopaths who can get guns = less innocent lives lost....seems pretty obvious to me

Surprisingly, Michael Moore -- whose "Bowling for Columbine" was all about in gun climate in the US -- didn't use today's events to advocate for gun control.

In a statement to The Wrap he says, "I believe anthropologists and historians will look back on us and simply conclude that we were a violent nation, at home and abroad, but in due time human decency won out and the violence ceased, but not before many, many more had died and the world had had its fill of us."