Jordin Sparks may have won "American Idol," but she was losing the battle with her weight.

"My diet was a mess," the pop star admits in the new issue of Shape Magazine. "I had to address when, what, and how much I was eating."

Portion control was an issue for Jordin, whose busy schedule led to uneven -- and unhealthy -- eating habits. "I was eating a lot," she admitted. "It was crazy."

Her poor diet and lack of exercise began taking a toll on her young body, which was already taxed under her rigorous lifestyle. "It was before my 21st birthday. I had walking pneumonia, couldn't breathe, and felt totally fatigued. I remember thinking, 'I'm in my prime, I should be happy and fit.' That was the moment when I decided that changes needed to be made."

Out went calorie-laden snacks (Smartfood popcorn became a crunchy treat). She started controlling her portions and stopped eating two hours before bed. Working out was a challenge, but she gradually went from walking to hiking. Strength training and Zumba became passions.

Now 5'10" and 150 pounds, Jordin looks and feels the best she's ever felt. Click on the "Launch Gallery" button below to see more before and after photos of stars who have slimmed down and shaped up! 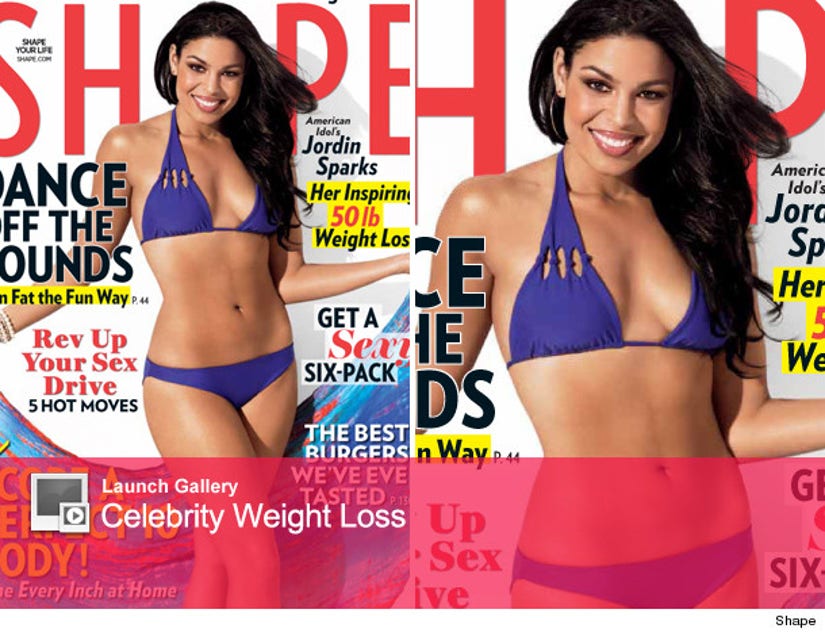 And to learn more about how losing weight transformed Jordin's career -- including a role opposite her idol Whitney Houston -- pick up the latest issue of Shape magazine on newsstands now!

- Jordin Sparks: What I Eat Everyday

- Photos: Jordin Sparks Then and Now