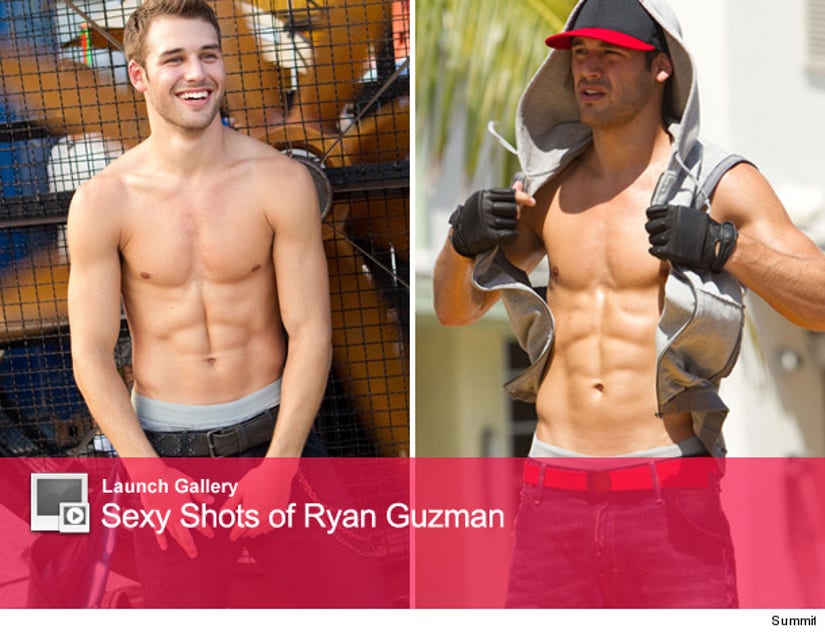 Will Ryan Guzman, the star of the new film "Step Up Revolution," follow in Channing's foot ... or should we say, dance steps? Check out five fun facts about Ryan before seeing his sexy moves and bod below.

1. Ryan is a total newcomer to acting, "Step Up Revolution" is his very first film role. He heard about the role from a friend who was auditioning for the film.

2. Unbelievably, before "Step Up," Ryan had no training in dance. He credits his skill to his background in martial arts.

3. Before his breakout role, Ryan modeled for the likes of Calvin Klein Underwear, where he developed a large fan base of both sexes. Who knows? One day he may become the next Mark Wahlberg.

4. Ryan grew up wanting to play baseball in the major leagues. He dreamed of being a left-handed pitcher for The Yankees but an injury stopped his career short.

5. Ryan's father is Mexican immigrant and his mother is Caucasian. He admits he was "always told he looks "white" but wants to "reach out and do as much as I possibly can" for the Latino community.

"Step Up Revolution" opens in theaters today -- check out a clip of Ryan in action from the movie below: