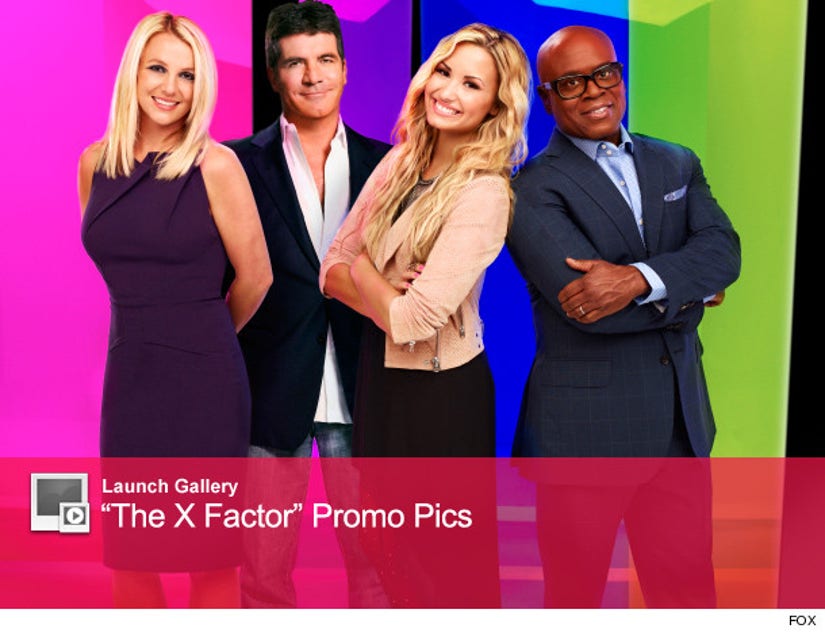 Britney Spears is bringing the sexy in the first promo pics for her gig on "The X Factor."

With killer makeup and some really good hair, Spears and her makeup team are definitely stepping up their game.

As for what to expect from Britney on the show -- Simon says she and Demi are mean girls!

"They are harder to please than me or L.A. They're very, very happy, these two people, giving people 'no.' They've definitely got their own opinions, but that's why we hired them," Cowell said yesterday at the Television Critics' Association panel.

The new season kicks off September 12 ... will you be tuning in?