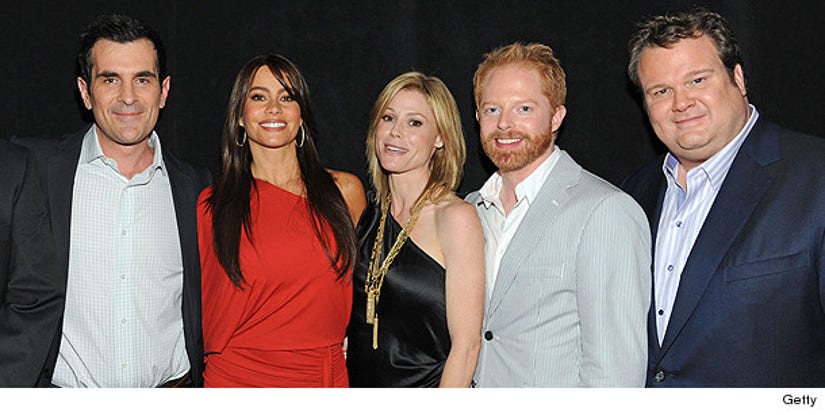 LOS ANGELES (AP) -- Five stars of "Modern Family" have banded together and are suing to void their contracts to work on the hit comedy, arguing that the contracts are illegal under California law.

"'Modern Family' has been a breakout critical and financial success," the lawsuit states. "That success, however, has been built upon a collection of illegal contracts."

A spokeswoman for 20th Century Fox said the studio had no immediate comment on the case.

The lawsuit also states contracts cap the raises the actors receive for each additional season of the show -- Vergara's pay raise per season is capped at five percent, while the rest of her co-stars named in the suit are allowed to receive a maximum pay increase of four percent per year. Ferguson, Stonestreet, Bowen and Burrell are also required to perform numerous unpaid publicity obligations.

"Modern Family" is a popular comedy that airs on ABC and won Emmy Awards for outstanding Comedy Series the past two years. Several of the stars, including Burrell, Bowen and Stonestreet have won individual Emmys for their work on the show.

The show was recently nominated for 14 Emmy Awards, the most of any sitcom.