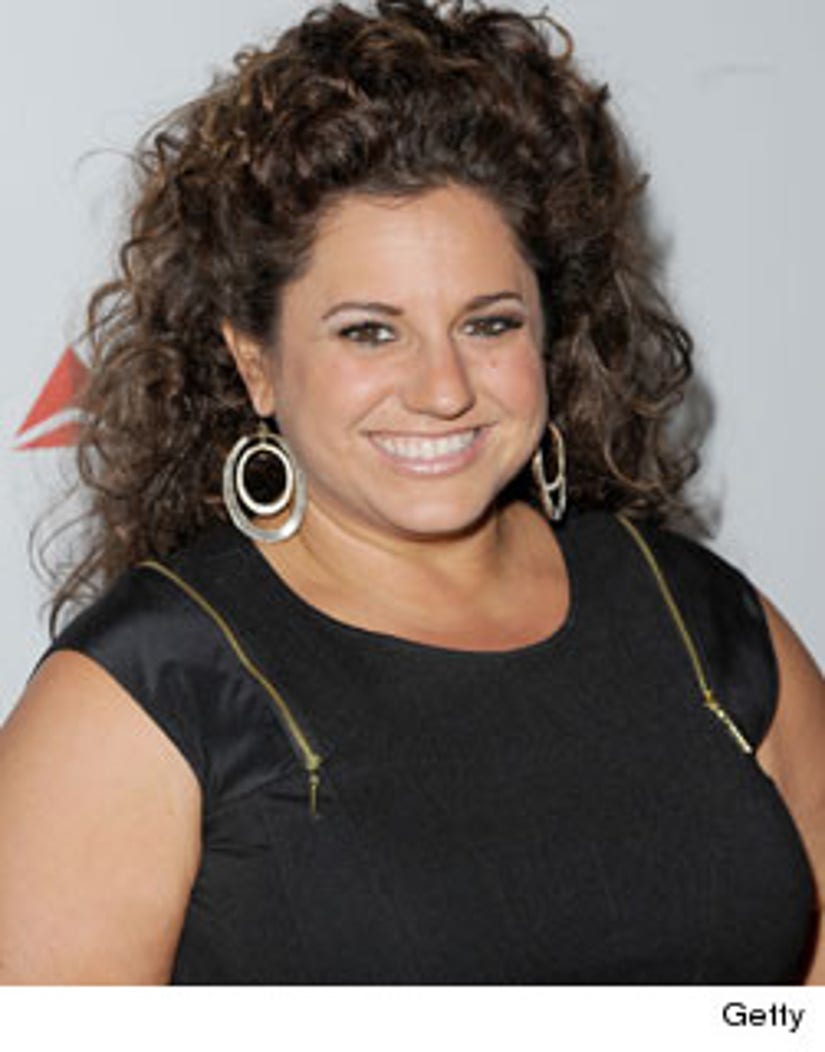 toofab just caught up with the newest addition to the TV Land family -- Marissa Jaret Winokur, who stars on "Retired at 35."

The former Broadway star opened up to us about her new gig, how she balances it with being a working mom and how she's shed excess pounds!

Marissa, who won a Tony for her role in "Hairspray" and hosted "The Talk," tells us she jumped at the TV Land show when she heard about the cast.

And while her character, Amy, is described as being unlucky in love, Marissa sees it differently.

"There are five people on the show. Three are related to me and two are in love with me, I think that's pretty lucky," she says. "I would be totally fine with that ratio, a fiancé and another guy in love with me, I have a fallback!"

In real life, Marissa is a working mom -- her son, Zev, is four -- and she tells us the sitcom schedule is the ideal for any parent.

"I'm a spaz but the sitcom schedule is the best schedule with a child. They're much shorter days," she tells us. "I have friends on 'Glee' who do like 18 hour days and I'm like, 'I don't know how you can do that with a child.' I'm lucky to be on a sitcom, we have a live show that tapes in the morning and then I'm free in the afternoon."

(Check out how the cast describes her below!)

So what does she do with some of that free time? Work out!

The NY native shed some serious pounds on "Dancing with the Stars" -- and now that she's on hiatus from filming "Retired," she's lost another 30lbs!

"Right now I have nothing to do besides drop off and pick up my kids, so all I do is work out all the time and not eat crap, so I'm able to lose weight," she says.

"But then I'll get a job and I'll gain it all back because I'm not able to work out," she admits.

And while the 39-year-old isn't showing any signs of stopping anytime soon, we had to ask: If she could have retired at 35, what would she be doing now?

"I would have retired at 30 when I won the Tony award," she says. "I feel like everything since then has been just a bonus. I would have been on the top of my game and gone to Hawaii."

We have to agree! Make sure to check out "Retired at 35," Wednesday nights on TV Land.