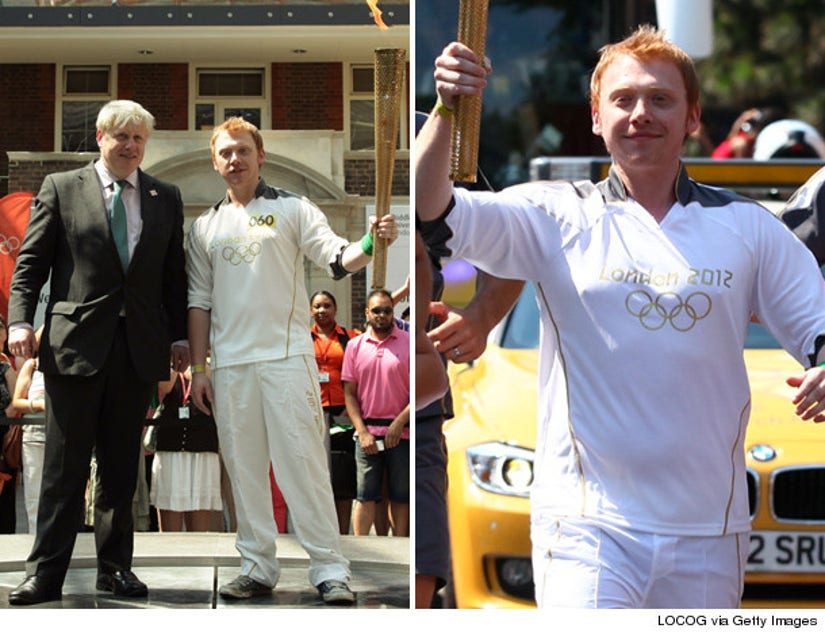 Ron Weasley may have always felt inferior to his wizard pals, but he definitely has some new bragging rights today -- he just carried the Olympic torch!

Rupert Grint, the 23-year-old who portrayed Weasley in the "Harry Potter" films, was honored with carrying the flame for a leg of the relay in northwest London on Wednesday.

Hundreds of well-wishers cheered on the Hogwarts alum, which may have helped as the star admitted that running was "kind of a new thing" for him. He also joked that the fact that most of his section was downhill was a plus.