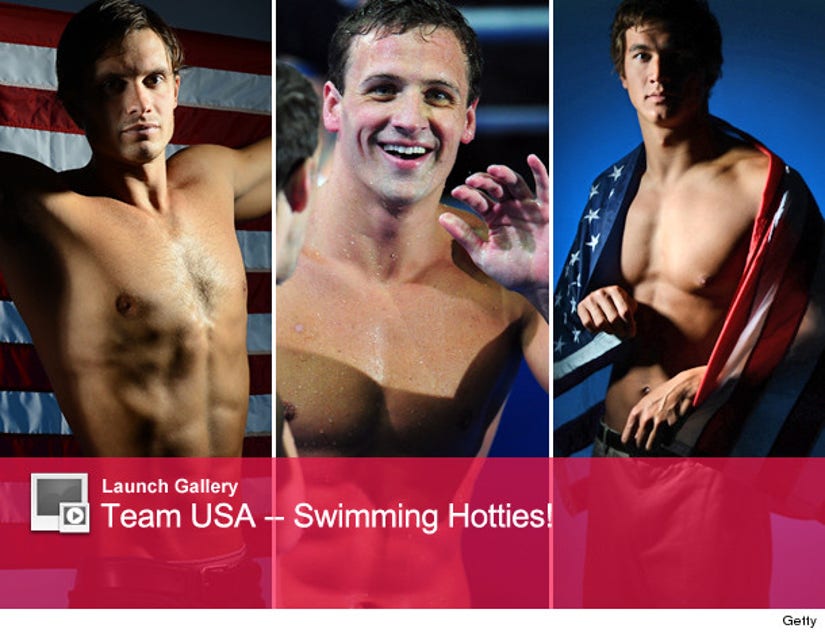 Team USA has a lot of hotties -- but no sport's roster is as eye-catching as the Olympic Swim Team!

With their lean and muscular bodies, affinity for Speedos and constant state of wetness, America's swimmers are some of the hottest athletes out there.

Six-time Olympic medalist Ryan Lochte (center) is definitely the sexiest in the lineup, but he's got some serious competition from teammates like Eric Shanteau (left), Nathan Adrian (right) and Michael Phelps.

Check out the rest of the appetizing athletes in the gallery above! Who are you rooting for?