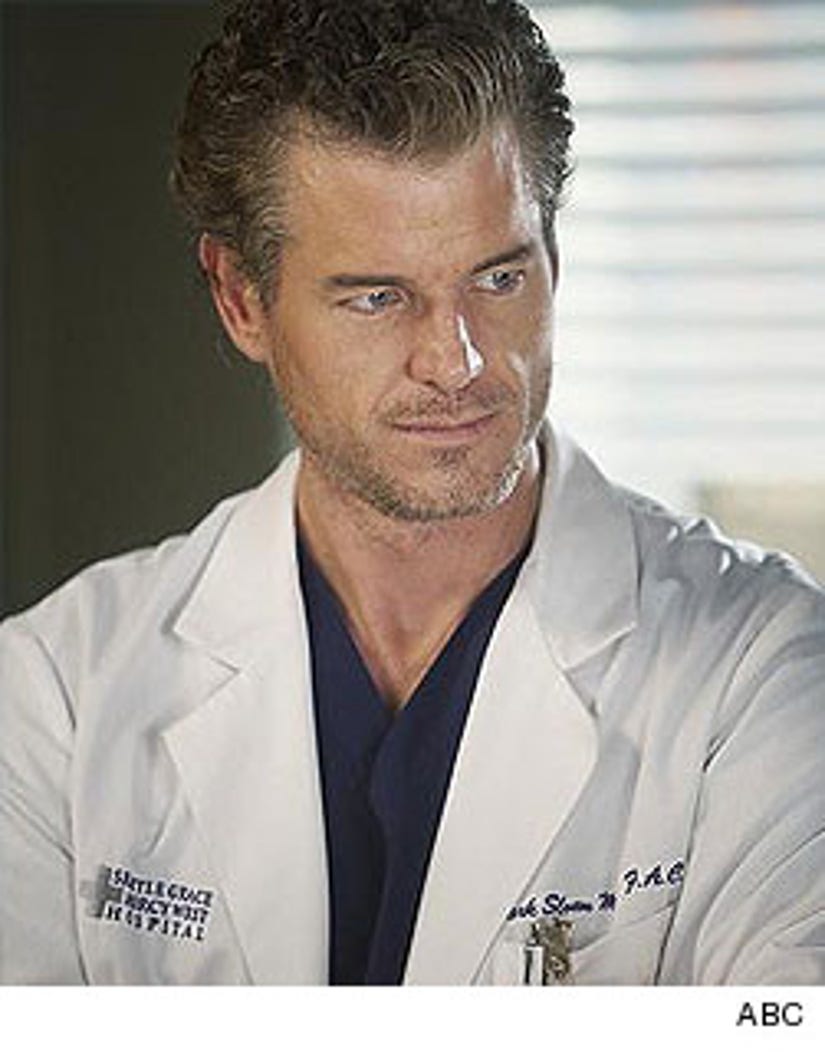 Sorry "Grey's Anatomy" fans, it looks like your favorite show is about to get less McSteamy.

Eric Dane, who has played Dr. Mark "McSteamy" Sloan on the ABC medical drama since 2006, has announced that he is departing from the show this season.

“I am extremely grateful to everyone at 'Grey's,' ABC and Shondaland for the experience and memories I have had over the course of this run,” Dane told TVLine in a statement. “It has been wonderful to work alongside and learn from a creative force such as Shonda Rhimes.”

The end of Season 8 saw many of the doctors in a horrific plane crash, after which Sloan witnessed the death of his love, Lexie Grey (Chyler Leigh), and he just barely pulled through himself.

Sloan presumably survives and will bow out of the series after wrapping up his story line over a few episodes at the beginning of the season.

“We're a big family here at Grey's with a long history together and Eric will always remain an important part of our family,” show creator Rhimes said of the news. “I wish him the best and I look forward to watching him as he continues to steam up the big and small screen.”

Are you sad about Eric's departure? Let us know, below!