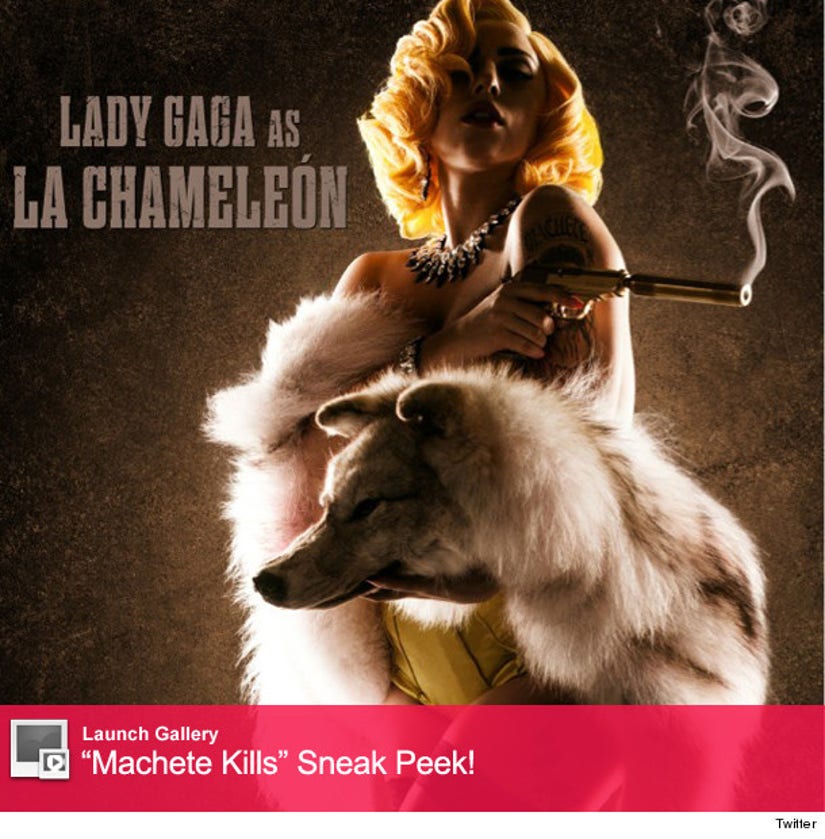 Lady Gaga is set to make her film debut!

Director Robert Rodriguez took to his Twitter moments ago to announce the singer nabbed a role in his already celeb-packed flick "Machete Kills" -- and even posted a sexy poster of Gaga in costume.

"I just finished working with @LadyGaga on @MacheteKills , she kicked SO MUCH ASS! Holy Smokes. Blown away!" he tweeted with the pic, which shows Gaga wrapped in fur while holding a a big gun.

Gaga confirmed the news, tweeting "Yes its true, I will be making my debut as an actress ln the amazing MACHETE KILLS BY @RODRIGUEZ IM SO EXCITED!!! AH! Filming was insane. "

While she says it's her "debut" as an actress, that's not entirely true.

Check out this clip of a 15-year-old Stefani Germanotta on an episode of "The Sopranos" from the show's third season:

Hopefully her new part is a little bigger!

Check out more shots from the set above!