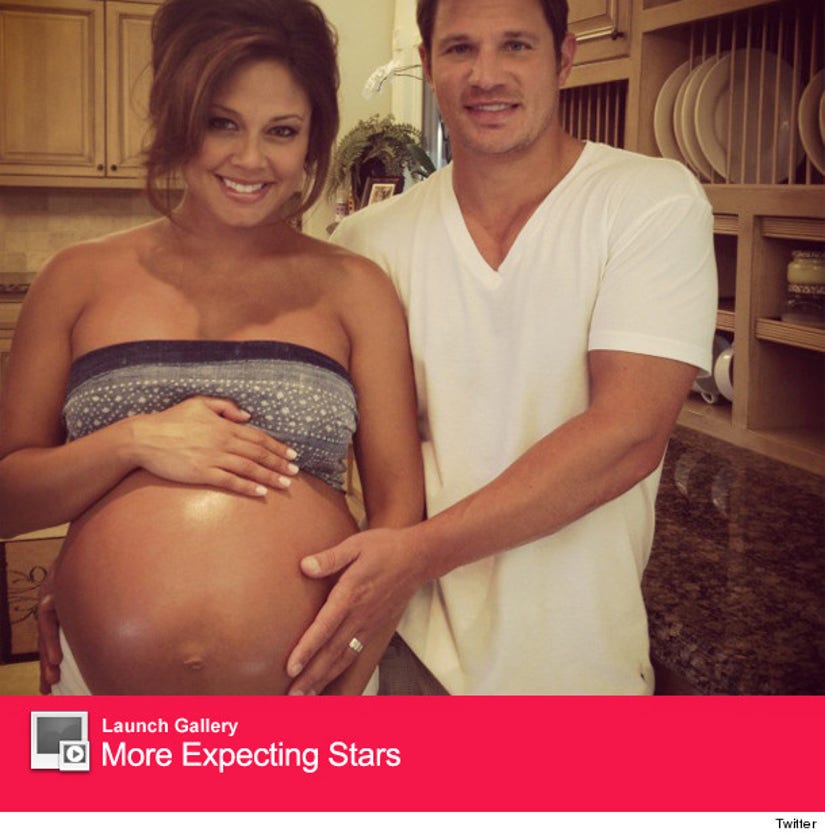 Vanessa Minnillo is prime to pop!

"My Happiness... My Family! Ahhh, My Boys!" Minnillo tweeted along with the photo, confirming that she is having a mini-Nick.

While Vanessa looks like she's ready to give birth, her due date actually isn't until September.

Check out which other stars are expecting in Hollywood (and when they're due!) in the gallery above.