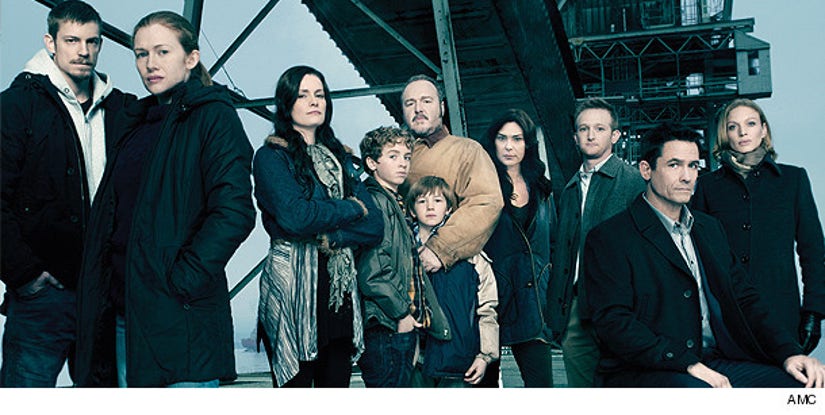 Well, at least we found out who killed Rosie Larsen.

AMC announced on Friday that it has canceled its critically acclaimed series "The Killing," after just two seasons.

The network said in a statement: “After much deliberation, we've come to the difficult decision not to renew 'The Killing' for a third season. AMC is incredibly proud of the show and is fortunate to have worked with such a talented team on this project, from showrunner Veena Sud and our terrific partners at Fox Television Studios to the talented, dedicated crew and exceptional cast.”

The mystery drama centered on homocide detective Sarah Linden (Emmy-nominated Mireille Enois) and her partner Holder (Joel Kinnaman), as they tried to uncover the truth behind the murder of local teen Rosie Larsen (Katie Findlay).

Critics and audiences alike were furious when, at the end of Season 1, the killer had not yet been revealed -- a minor plot point that was finally wrapped up in the Season 2 finale.

Fox TV Studios, the producers of the show, still hopes to find the series a new home, saying “Fox Television Studios is extremely proud of 'The Killing,' the extraordinary writing staff and crew, and what we believe is one of the best casts on television. We will proceed to try to find another home for the show.”

Will you miss "The Killing?" Let us know below!