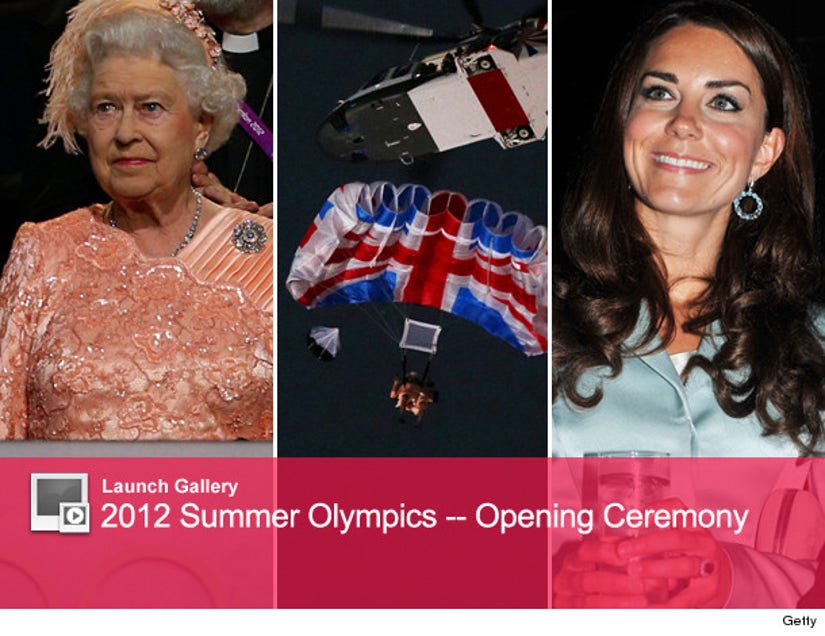 The Opening Ceremony for the 2012 Olympic Games is going down right now in London -- and so far, we've seen some crazy stuff!

The event, directed by "Trainspotting" and "Slumdog Millionaire" helmer Danny Boyle, gave a history of the UK before leading into a mega-medley of one of the country's biggest import: Music.

So far, we've seen James Bond pick up Queen Elizabeth II at Buckingham Palace before she (or at least her body double) jumped out of a helicopter.

Keep checking back for more photos as they come in!