Who says politics has to be serious?

"The Campaign" pits two of Hollywood's funniest leading men -- Will Ferrell and Zach Galifianakis -- against each other. When long-term Congressman Cam Brady (Ferrell) commits a major public gaffe before an upcoming election, a pair of unscrupulous power brokers plots to put up a rival candidate and gain influence over their North Carolina district. Their man: naïve Marty Huggins (Zach Galifianakis), director of the local Tourism Center.

At first, Marty appears to be the unlikeliest possible choice but, with the help of his new benefactors' support and a cutthroat campaign manager, he soon becomes a contender who gives Cam plenty to worry about. If you believe campaign ethics have hit rock bottom ... there's still room to dig a whole lot deeper.

The comedy opens in theaters Friday, August 10. To mark the release, toofab is giving one (1) lucky winner "The Campaign" prize pack full of fun apparel and swag. Simply fill out the entry form below for your chance to win. And be sure to check out the official site and Facebook page for more on the film. 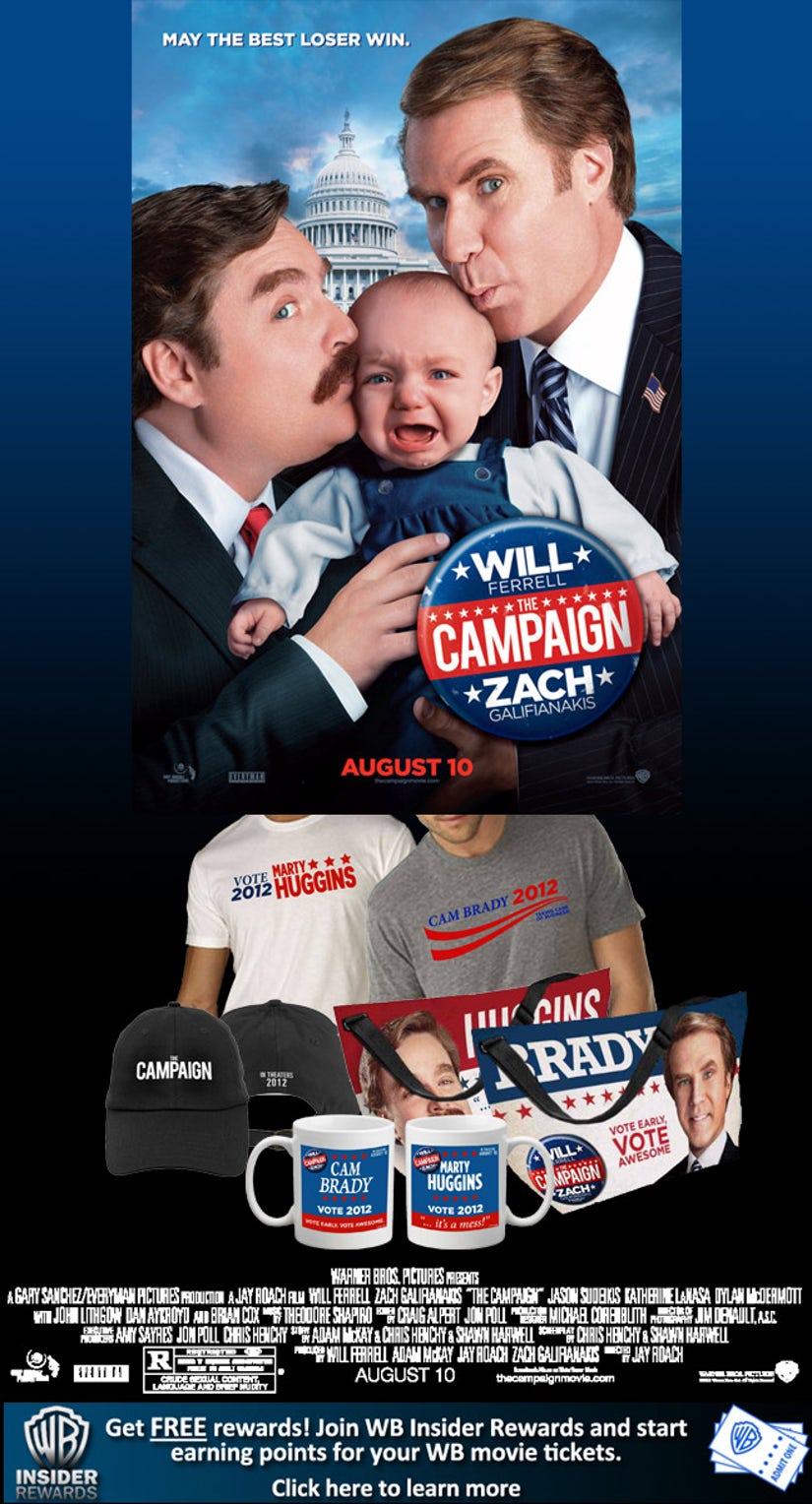