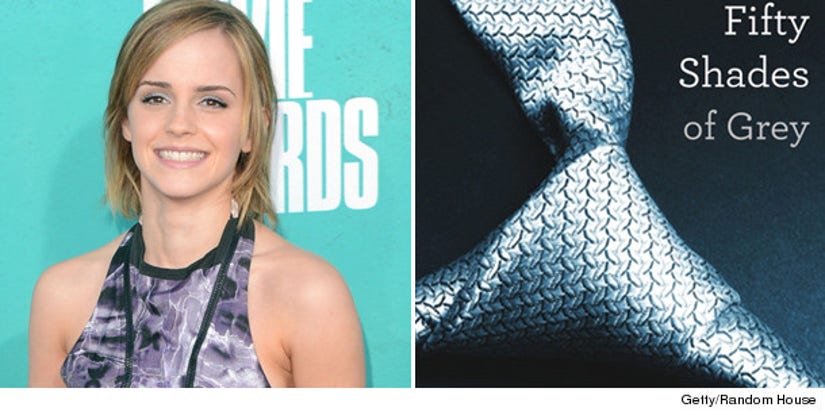 Emma Watson was reportedly "in talks" to play Anastasia Steele in the upcoming "Fifty Shades of Grey" adaptation ... but, according to her, it's all lies!

The 22-year-old says the rumors got so bad, her own friends and family were asking her if she'd take on the racy role.

"I told them just because there are 60 articles on the Internet doesn't mean it's any less true than if there are three or four.”

She adds, “There are so many movies you become attached to when I've literally never even received a phone call. It was the same way with 'The Girl With the Dragon Tattoo' – I never even saw a script!”

As for what she's actually working on, Emma has "The Perks of Being a Wallflower" due out September 14 and Sofia Coppola's "The Bling Ring."

Casting rumors have been wild around this movie ever since the adaptation was announced -- with names like Alexander Skarsgard and Channing Tatum being dropped as contenders for Christian Grey.

Check out our dream picks for the role below: