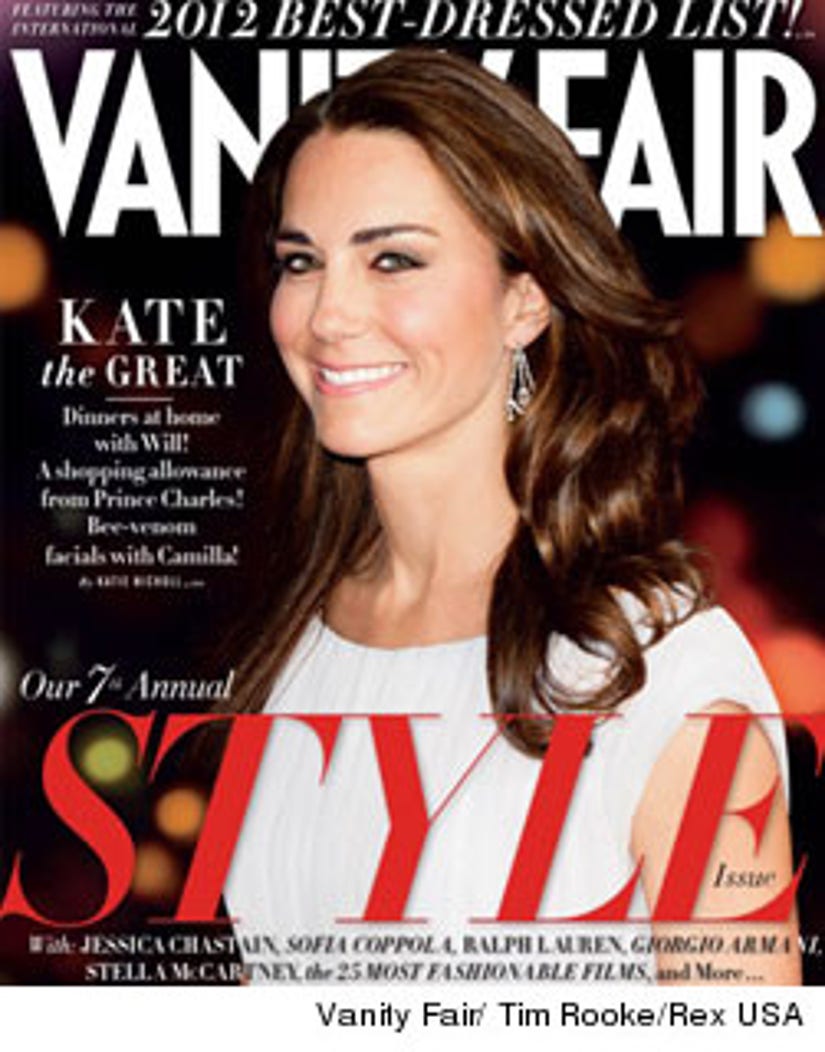 As if marrying the future King of England wasn't enough, H.R.H. The Duchess of Cambridge, Kate Middleton, just landed at the top if the Vanity Fair International Best-Dressed List -- for the third time!

The 30-year-old bride of Prince William graces the cover of the September issue of the fashion mag, on stands in New York and Los Angeles on August 2 and nationally and on the iPad on August 7.

Some of the ladies joining the Duchess on the list include Oscar nominee Jessica Chastain, fashionista Diane Kruger, Alicia Keys and designer Stella McCartney (no surprise there).

The Duchess has a familiar male counterpart on the list -- brother-in-law Prince Harry sits atop the best dressed dudes, though we're really questioning some of these other choices.

Tom Brady: Married to a supermodel so it makes sense. Matt Lauer: Ok, sure, we get it. But Jay-Z? Does he step out of jeans and baseball caps all that often?

And to top it all off, 80-year-old "60 Minutes" correspondent Morley Safer. Seriously? We aren't trying to be ageist, but the octogenarian's CBS news suits outrank every other guy in the world? We're not so sure about that one.

Click "Launch Gallery" below to see more of the Vanity Fair International Best-Dressed honorees, and be sure to pick up the September issue of the mag, on stands in August. 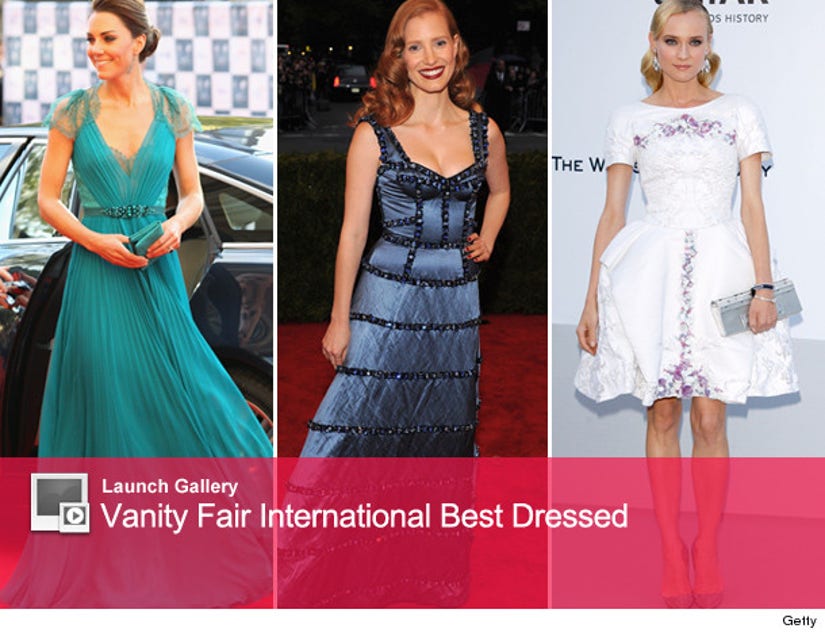 Do you agree with the choices? We can't imagine Victoria Beckham is too pleased with this list, and Suri Cruise has been passed over again? Unacceptable! Let us know what you think, below!