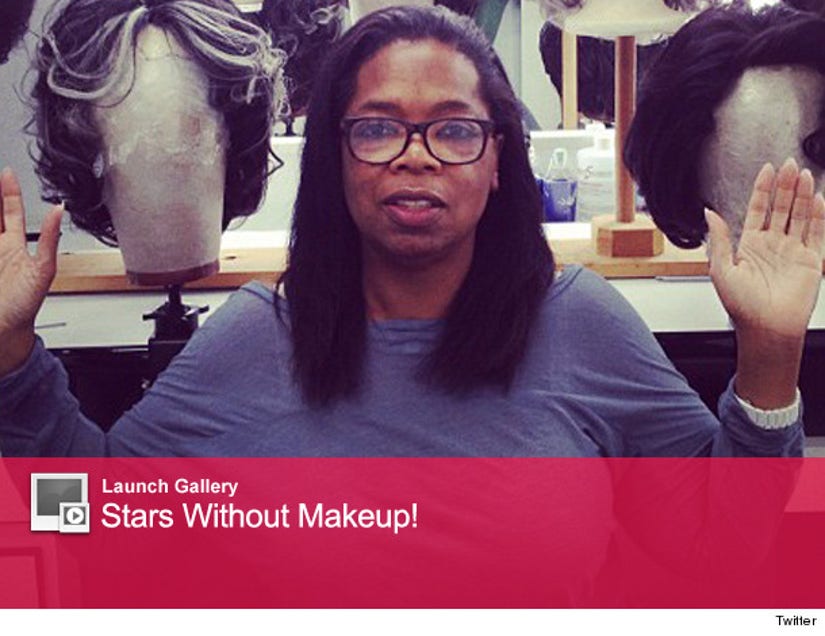 Oprah Winfrey is all about showing herself in her natural state these days -- following up a photo of her natural hair with one of her makeup-free face!

The 58-year-old media mogul has been tweeting pics from the set of her latest movie, Lee Daniels' upcoming flick "The Butler," and the one she posted yesterday may be one of the least glam pics of O we've seen in a while.

"Me and my 'girls' in the makeup trailer," she tweeted about the pic -- which shows her posing in front of all her wigs for the flick.

Though she's done voice work in movies like "Charlotte's Web" and "The Princess and the Frog," "The Butler" is her first on-screen role since 1998's "Beloved."

See more stars without makeup in the gallery above!