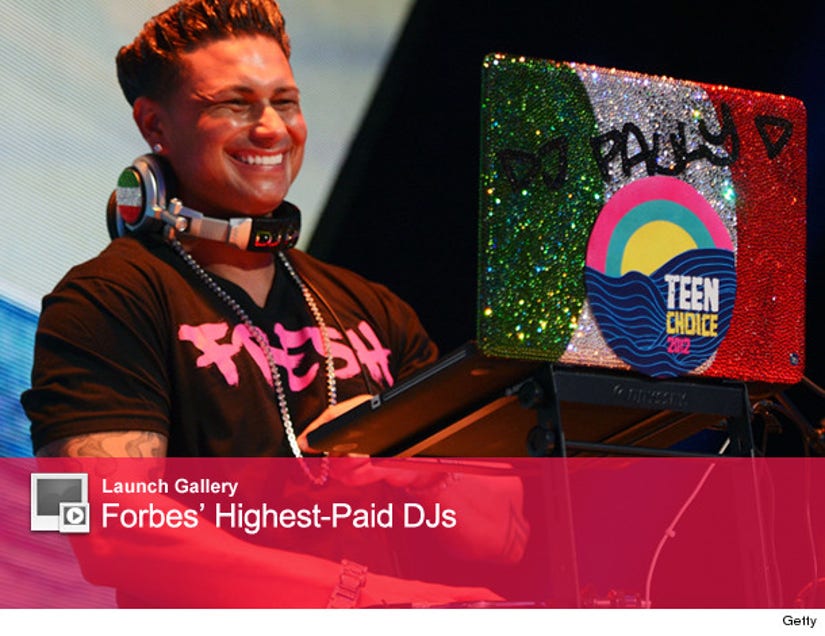 Pauly D is spinning in some serious cash!

The "Jersey Shore" star made $11 million in the last year -- nabbing him a spot on Forbes' top-earning DJs list.

According to Forbes, Pauly pulled in an average of $40,000 per gig playing clubs, private parties or opening for Britney Spears on her Femme Fatale tour.

He also made some major money expanding his brand with his Dirty Couture clothing line, his own spin-off TV show "The Pauly D Project," a line of "pre-game cocktails" and a record deal with 50 Cent.

“Everybody was skeptical at first, because how everybody heard about me is probably from 'Jersey Shore,'” he tells Forbes. “But now I'm six seasons deep in the show and I've been touring all over the country, touring with major pop acts and stuff like that. That legitimizes everything, and they're starting to say, 'This kid isn't just a reality star, he's an actual DJ.'”

Though he pulled in $11 mil, he's still only #7 on the list. See which other famous DJs made the cut, plus find out who was #1, in the gallery above.