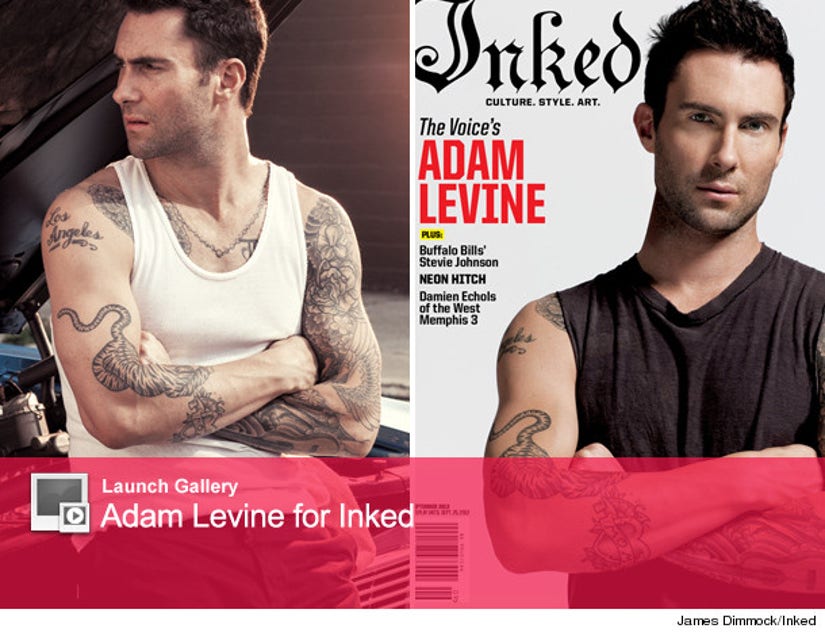 We've got an exclusive sneak peek at the latest issue of Inked magazine -- where Maroon 5 bad boy Adam Levine explains his love for tattoos ... and why he hates music critics.

"Music critics are all f**king idiots," Levine proclaims at the very beginning of his interview, taking a stand against some of the negative reviews of his band's latest album, "Overexposed."

“There's obviously a certain balance between pursuing an audience and pursuing what you love to do,
but I love what we do," he adds. "I would never put out a record I didn't want to listen to.”

And when it comes to criticism that the band has sold out, Levine admits he loves having major, mainstream attention.

“I get off on that ability to connect with a large group of people. That's what I aim for when we're making music," he says. "I'd much rather be able to go to Indonesia and sing a song that we wrote and have everyone sing the words than be hiding and playing in a little club.”

“If I wanted to make a record that was super self-indulgent and all about the art I would, but I'd rather take those skills and apply them to something else, which is gathering a huge audience to appreciate the music," he adds.

Making music isn't his only love though, as Adam opens up to the mag about two other passions: Tattoos and acting.

Levine shows off his many tatts in the issue, revealing that he had his first one done -- of a dove -- when he was 21. Since, he's added a tiger, and a "Mom" heart.

And his latest: A string of beads around his neck. “I was in Japan and I got this necklace. I'm not sure why I got it—I think I was bored. But I like it.”

We'll see more of Levine this fall when he makes his acting debut on Season Two of "American Horror Story," a career move he's that makes him a little nervous.

“It's challenging," he says. "The first thing I did when I got the job was ask friends who are actors what the f**k I was supposed to do.”

See more of Adam when the new issue of Inked hits newsstands this weekend!