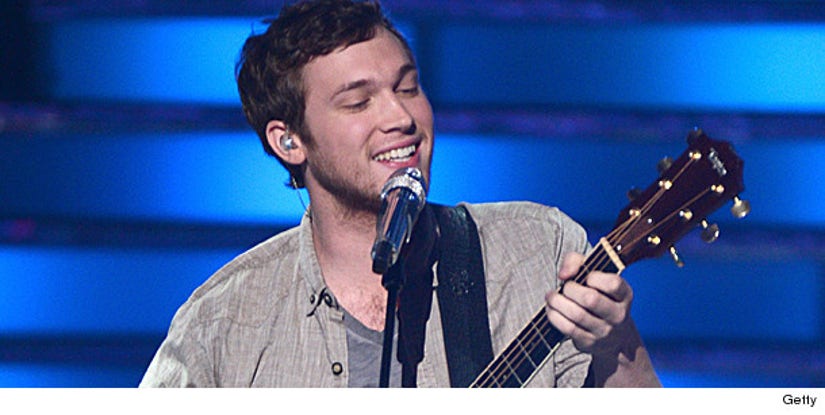 With recent headlines focusing on departing "American Idol" judges Jennifer Lopez and Steven Tyler, the real talent from the show -- the singers -- has been overlooked.

Thanks to some well-placed promotions during NBC's Olympic coverage, season 11 winner Phillip Phillips is enjoying a resurgence.

Phillip's coronation song "Home" (which was first released with his win in May) has been played during features and promotions for the Games' marquee event -- women's gymnastics. On Wednesday morning, it topped iTunes. On Thursday, a music video was released -- perfect timing as the song is burning up the charts (to the tune of 150,000+ downloads).

The "Idol" winner initially had some hesitations about the song because he didn't pen it himself and it sounded "too pop." He's changing his tune now.

The 21-year-old singer has been touring this summer and hasn't watched the Olympics, but tells Entertainment Weekly the newfound attention has been "awesome" and "overwhelming."

There's something he and Team USA have it common: thriving under pressure!