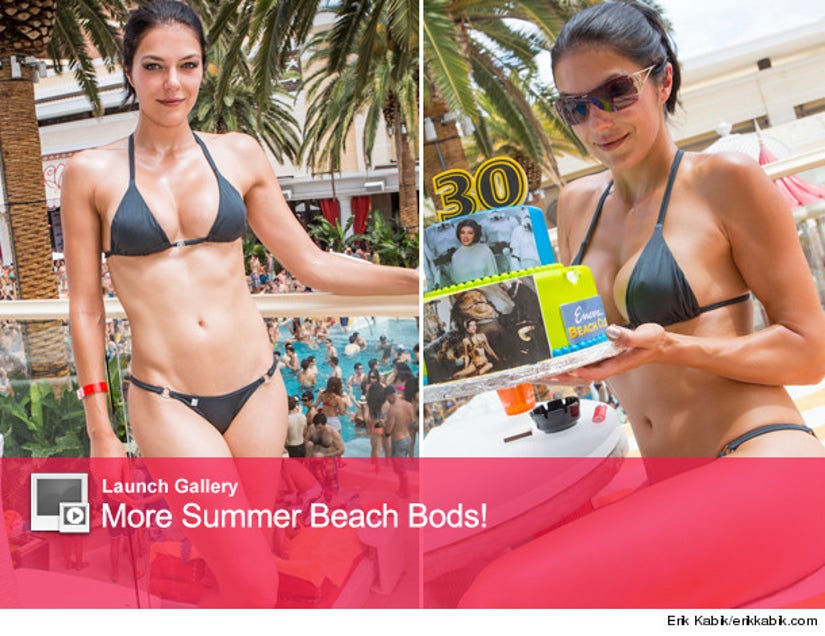 Adrianne Curry turns 30 tomorrow -- but she celebrated a little early this weekend with a birthday bash in Las Vegas!

The original "America's Next Top Model" winner and former Mrs. Christopher Knight stripped down to her bikini on Saturday at Encore Beach Club at Encore Las Vegas for a “Dirty 30” b-day party.

And the party was definitely tailored to her tastes.

Curry was presented with a "Star Wars" themed birthday cake, which was presented to her by a studly lifeguard in a Darth Vader mask and servers wearing Imperial Stormtrooper helmets.

Adrianne is a big sci-fi geek and usually makes headlines with the sexy costumes she wears every year at Comic-Con.

And this past year was no exception -- check out her numerous costume changes from the event in July, plus other wild cosplay looks.