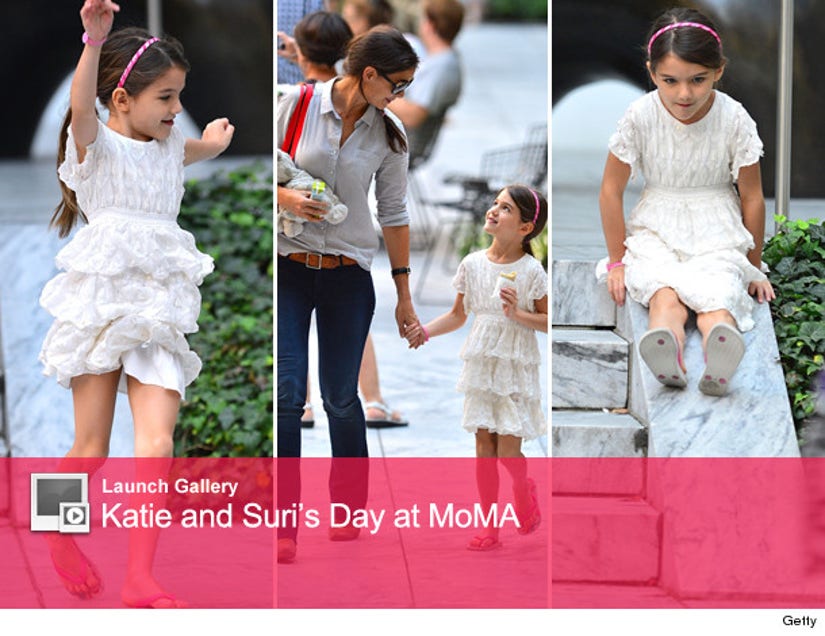 It looked like the two were having a fun day together, as they admired art, shared snacks, sipped on juice and walked the streets hand in hand (even with Suri's furry friend in tow).

After finishing up at the museum, Katie hailed a cab to take them home … pretty different from dad's helicopter transit!

Even though Tom and Katie aren't together anymore, it looks like Suri's faring pretty well despite the split.