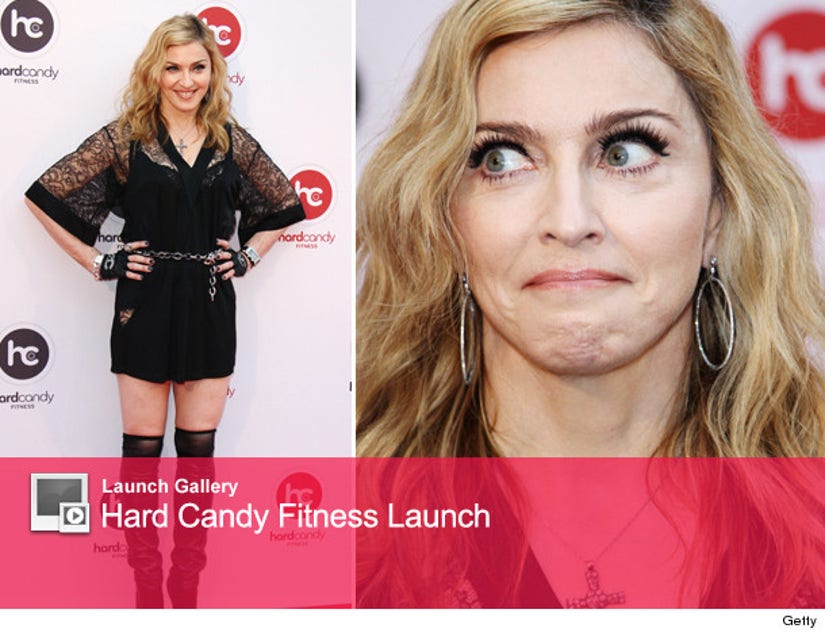 One day after Elton John called Madonna a "fairground stripper," she hit the red carpet in Moscow -- so, did her outfit help prove his point?

The 53-year-old singer showed up to the launch of her Hard Candy Fitness gym on Monday wearing a very short lace dress that showed off her her bra and a whole lotta thigh. She paired it with black gloves, thigh-high boots and tights, a chain belt and, naturally, a cross necklace.

While she wasn't talking about Elton at the event, the red carpet appearance was timed right after the 65-year-old bashed Madge's style and career on Australia's "Channel 7."

"She's such a nightmare," he said. "Her career is over, I can tell you that. Her tour has been a disaster and it couldn't happen to a bigger c***."

But he wasn't done there.

"If Madonna had any common sense, she would have made a record like 'Ray of Light,' stayed away from the dance stuff and just been a great pop singer and made great pop records, which she does brilliantly," John added.

"But no, she had to prove that she was like ...," he continued, before trailing off. "And she looks like a f**king fairground stripper."

Watch the interview below, the Madonna stuff starts around 7:40.

So, does Elton have a point? Or is the Queen of Pop still reigning supreme?