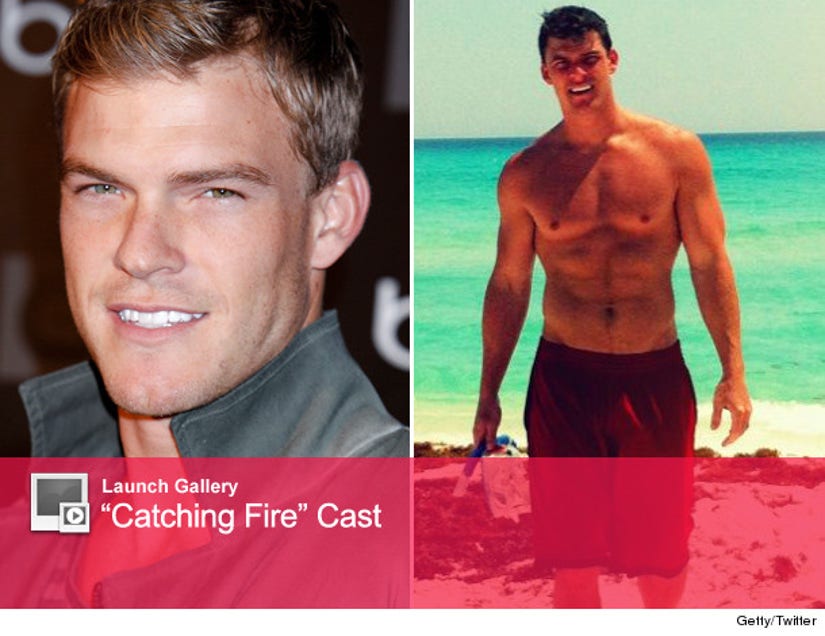 "The Hunger Games: Catching Fire" just got even hotter.

The sexy Alan Ritchson has just been cast as "Gloss" in the highly-anticipated sequel. Without giving too much away about the second book, Gloss and his sister Cashmere are picked to represent District 1 in the Quarter Quell.

He's supposed to be strong, athletic and attractive -- all qualities the former "Smallville" star (he played Aquaman) possesses. Just look at that TwitPic!

After Lionsgate announced the news, Ritchson took to Twitter.

"No words can express...To have the opportunity to portray Gloss in @TheHungerGames. To be a part of this great trilogy...just...so grateful," the 27-year-old tweeted.

Other well-known stars have also joined the franchise for the second flick -- including a "Sex and the City" alum and an Oscar winner. Find out who in the gallery above!