From countries to couples and even families – nothing brings people together like the Olympic Games!

On Wednesday, David Beckham was spotted at the Beach Volleyball match with sons Romeo, 13, and Cruz, 7, and the little guys looked like they were having a ball with their soccer stud dad!

The boys seemed less interested in the game and more concentrated on Becks' as they clung to his arms, pinched his nose, and shared hot dogs with their all-star pops! 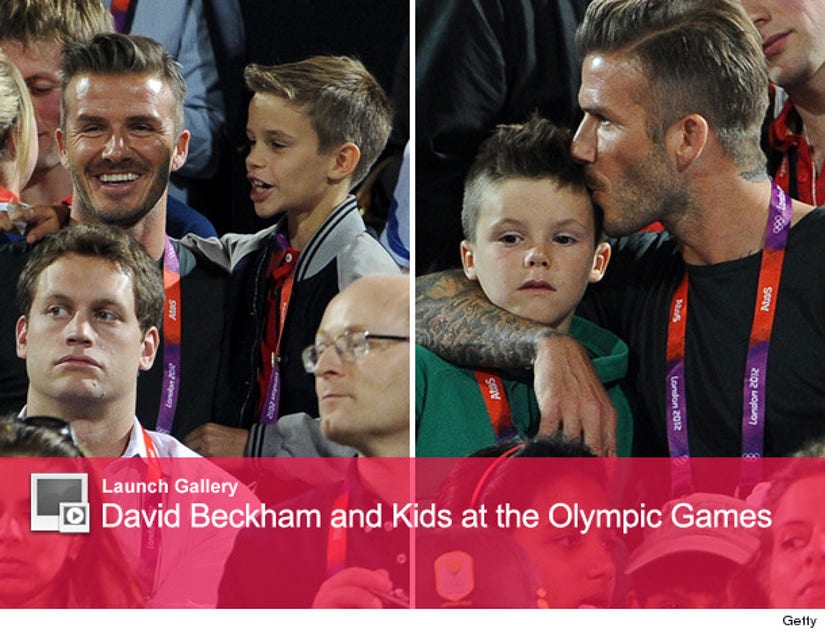 Of course, David being the doting dad he is, didn't seem to mind and even played along with Romeo and Cruz in between watching the game.

Now, not only is he a super sexy and super athletic -- but he's solidified himself as super dad!

Click “Launch Gallery” above to see even more proof that David Beckham is one of the sexiest men alive!