World-famous names like Brad Pitt and Angelina Jolie, David and Victoria Beckham, and Jay-Z and Beyonce have all made the list, but which couple landed on top with an estimated annual income of a whopping $78 million?

Make your guess and click "Launch Gallery" below to see all the way-too-rich pairs! 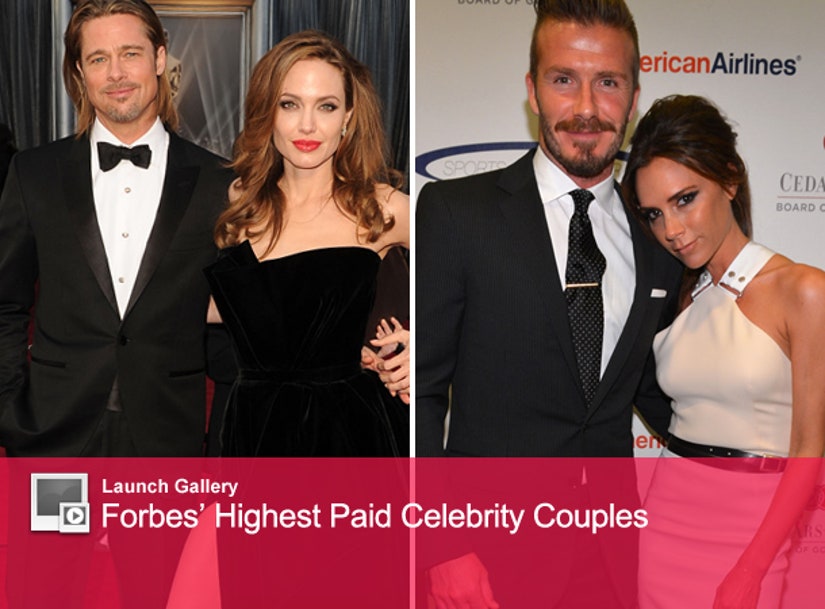