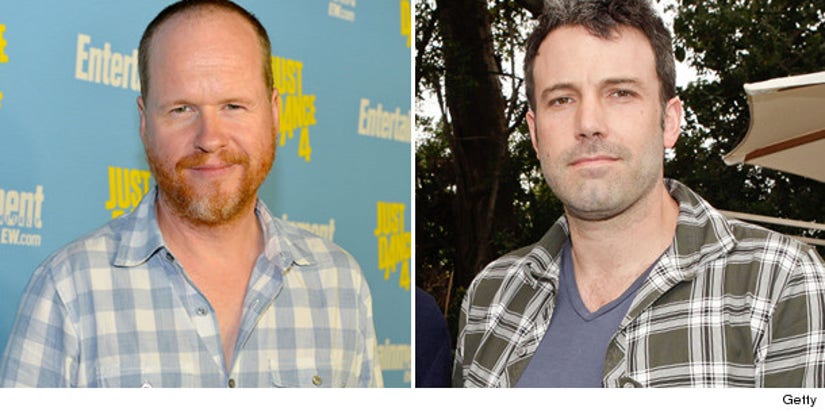 Comic book movie fans, rejoice! (Or complain. We know how opinionated you guys are.) We have some big news for you!

According to The Hollywood Reporter, Joss Whedon will officially return to for the sequel to "The Avengers." Whedon acted as both writer and director on the first flick, which went on to gross $1.46 billion worldwide.

In addition, Whedon will make his TV comeback -- where he made his name with "Buffy the Vampire Slayer," "Angel" and "Firefly" -- to create a series for production company, Marvel Studios:

“Joss Whedon has signed an exclusive deal with Marvel Studios for film and television through the end of June 2015. As part of that deal, Whedon will write and direct Marvel's 'The Avengers 2' as well as help develop a new live action series for Marvel Television at ABC. He will also contribute creatively to the next phase of Marvel's cinematic universe.”

DC Comics' answer to Marvel's "Avengers," "Justice League" could unite such famous DC characters as Batman, Superman, Green Lantern, Wonder Woman and The Flash. Christopher Nolan, who just came off of the studio's latest mega-successful "Batman" franchise, has already passed on the project.

Once a director is found, the film is on track for a Summer 2015 release -- putting it up against "The Avengers 2."

Which film would you be more excited to see, "The Avengers 2" or "Justice League?" Let us know, below!