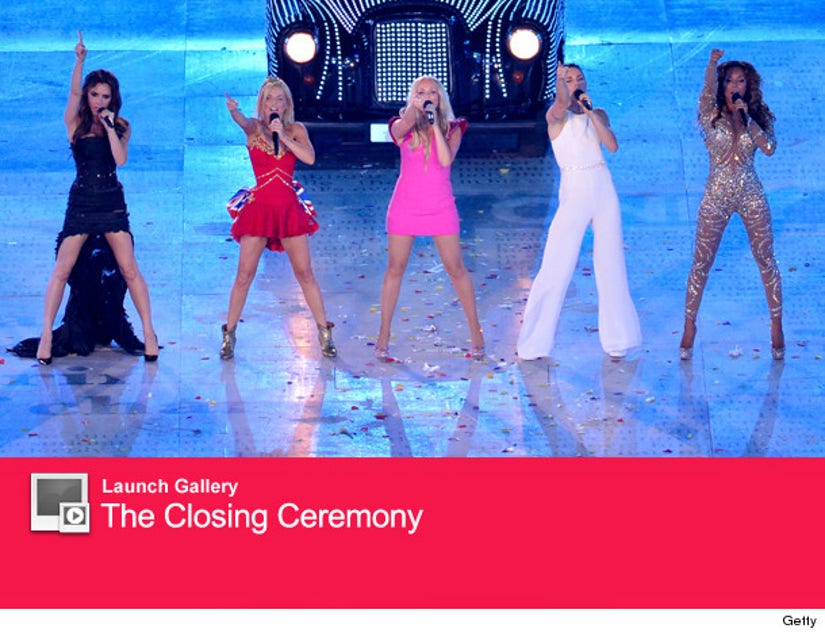 The 2012 Olympic Games went out with a bang Sunday night, with the Spice Girls, Jessie J, Annie Lennox, Muse and more performing at the Closing Ceremony.

While most of the performers impressed, it's clear that the most popular act was the Spice Girls -- and Victoria Beckham, Geri Halliwell, Melanie Brown, Melanie Chisholm and Emma Bunton all looked great as they sang "Wannabe" and "Spice Up Your Life" atop LED covered cabs.

Another moment that came as a surprise was a tribute to British fashion -- with supermodels Kate Moss and Naomi Campbell working the stage like a catwalk in gorgeous gold gowns. They both looked fantastic!

Other highlights included Russell Brand riding around on a hippie van while performing "I Am the Walrus" and George Michael singing "Freedom." Check out all the photos above!

With 104 medals, The United States was the most successful country of the London Games -- winning 46 golds, 29 silver and 29 bronze. They claimed gold in many marquee events, including men's basketball, women's soccer, and the women's gymnastics team final.

China was the second most successful country, thanks in part to their dominance in diving and gymnastics. They won 87 medals: 38 gold, 27 silver, 22 bronze. Russia was a close third with 82 medals, while host nation Great Britain was fourth with 65 medals.

Who is the your favorite Olympic athlete from the Games? Tell us in the comments below!