Robert Pattinson has a tough task this week -- doing interview after interview about his new movie when all people really want to know about is his split from Kristen Stewart.

While Jon Stewart kept his interview with the "Twilight" star light and filled with ice cream and jokes, Showbiz Tonight went in a different direction at today's junket for "Cosmopolis."

Without mentioning Kristen Stewart or her affair with married director Rupert Sanders directly, Rob was asked about gossip about him that has spread since the split -- namely, that he was depressed or turning to alcohol to "drown his sorrows."

"Since the first 'Twilight' you enter this kind of realm where everything is kind of weird,” Pattinson said of the whole situation. "You get stuff reported about you and it is weird."

He also said that he's doing fine ... and he looked it too, keeping it casual in jeans and a white t-shirt.

With only two big interviews down, he's still got quite a few to go. He'll also appear on "Good Morning America" tomorrow and has a 30 minute interview with MTV scheduled for later this week. 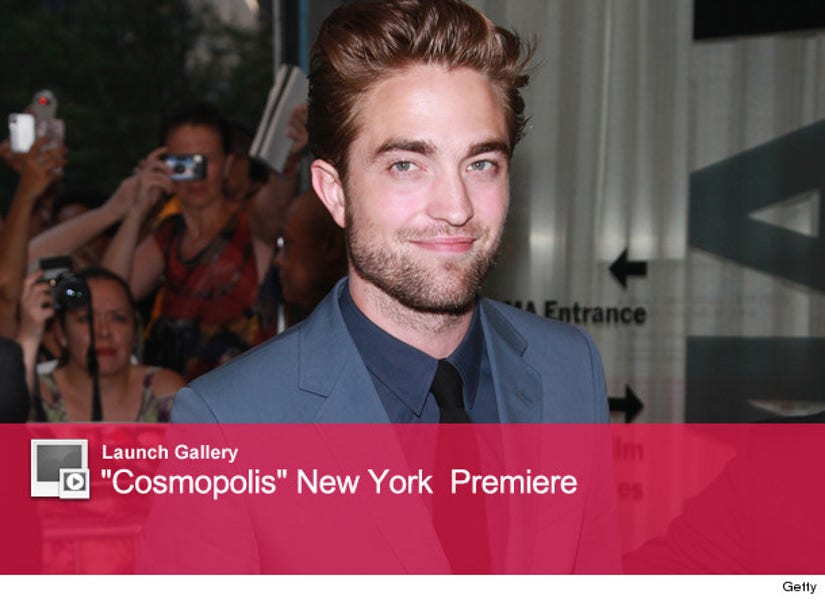