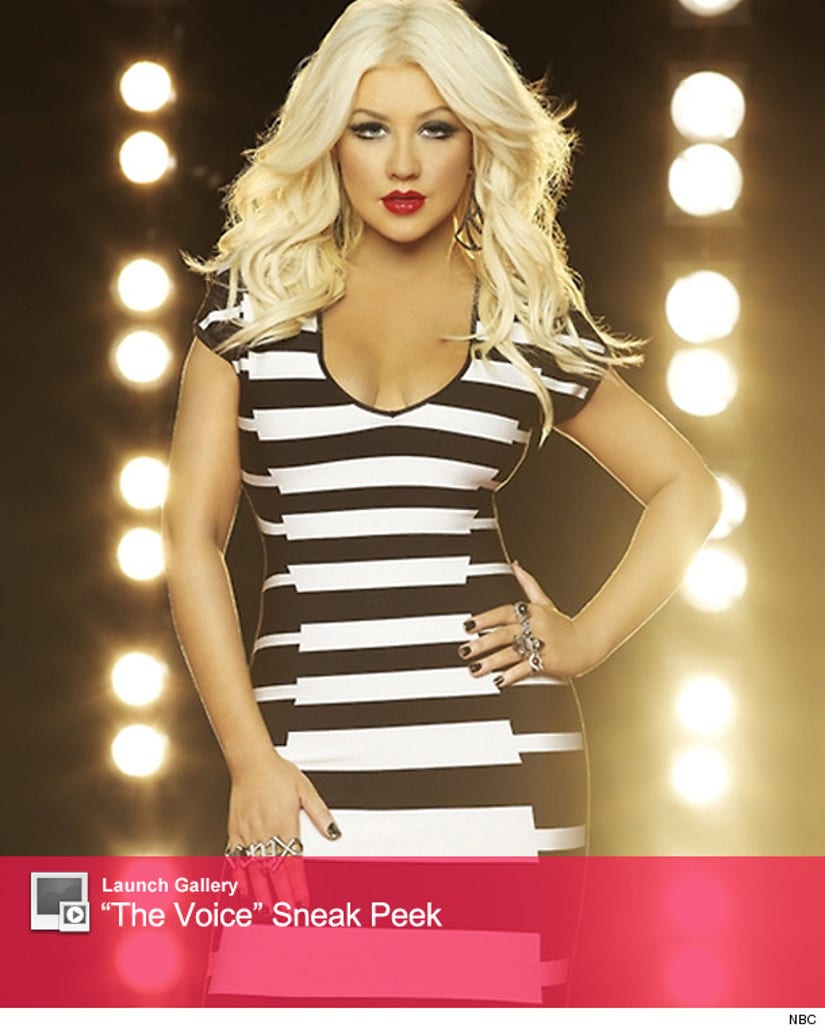 Christina Aguilera is starting to look better than ever!

With Season 3 of "The Voice" and a new album dropping just around the corner, the show has released two new promo shots of the mentor ... and she's sizzling.

Clearly the photos were taken before Aguilera added purple streaks in her hair (a look she debuted over the weekend at a press conference), but she looks on point thanks to some great makeup, slimming dress ... and maybe just a little bit of Photoshopping.

Out favorite part: The four-finger "Xtina" ring she's wearing on her right hand.

The singer will reportedly debut her new song, "Your Body," on the show when it premieres in September.

Check out more photos of Christina and the rest of the cast as they gear up for Season 3!