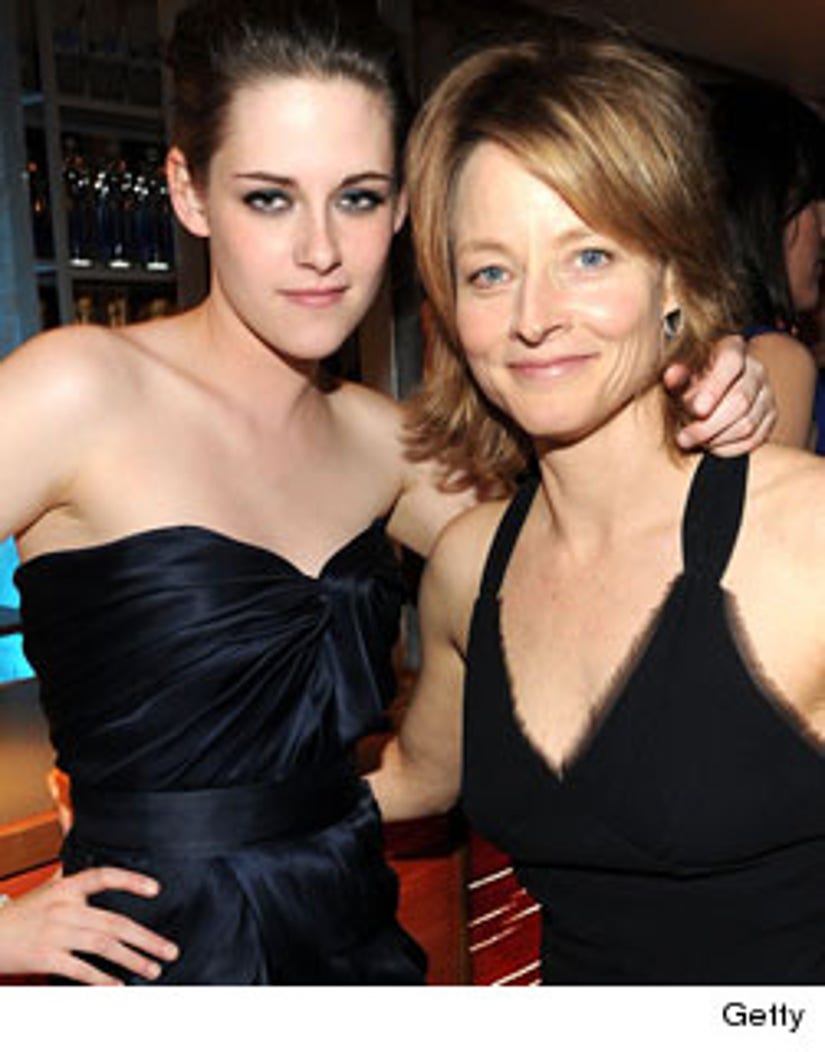 Jodie Foster worked with Kristen Stewart when she was just 11-years-old in the 2001 flick "Panic Room" -- and now, 11 years later, she's standing up for her costar in the wake of her very public affair.

"In my era, through discipline and force of will, you could still manage to reach for a star-powered career and have the authenticity of a private life," Foster writes in an eloquent post for The Daily Beast.

"I've said it before and I will say it again: if I were a young actor today I would quit before I started," she continues ... referencing the crazy amount of attention and headlines given to Stewart's scandal with married director Rupert Sanders.

"If I had to grow up in this media culture, I don't think I could survive it emotionally," Foster adds. "I would only hope that someone who loved me, really loved me, would put their arm around me and lead me away to safety."

Foster goes on to write about working with Kristen on her 11th birthday, revealing that she and Stewart's mom had a conversation about trying to talk the young actress out of being an actor.

"Just to set the record straight, a salary for a given on-screen performance does not include the right to invade anyone's privacy, to destroy someone's sense of self," the notoriously private Foster continues.

She adds that the scandal will blow over, "eventually this all passes. The public horrors of today eventually blow away."

In her final words to Stewart, Foster writes "Hopefully in the process you don't lose your ability to throw your arms in the air again and spin in wild abandon. That is the ultimate F.U. and -- finally -- the most beautiful survival tool of all. Don't let them take that away from you."

What do you think of Jodie's letter? Does she have a point?

The writing comes on the heels of Robert Pattinson's publicity tour for "Cosmopolis," where he keeps getting asked about his personal life ... and keeps dodging the questions.