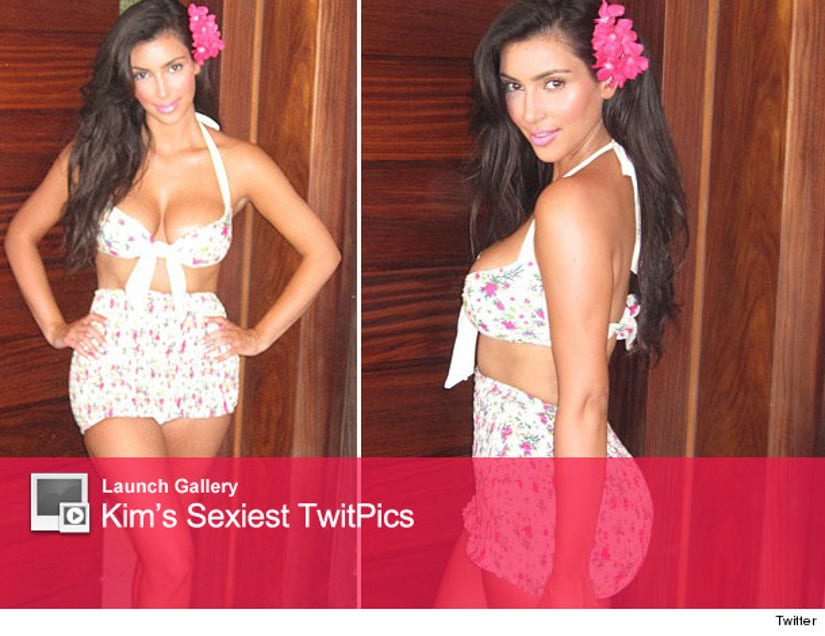 Kim Kardashian sent greetings from Hawaii to her Twitter fans yesterday -- and in typical Kim fashion, she did it while posting yet another bikini pic.

The 31-year-old "Keeping Up with the Kardashians" star posted a couple photos of her in a floral, retro, '50s-style two-piece, with her hair pulled back with some local flowers.

And while Kim is having a blast vacationing, her lawyers were in court yesterday trying to hammer out her divorce case with Kris Humphries.

She's reportedly telling friends she doesn't want the divorce done with so she can marry new boyfriend Kanye West ... but that she believes Kris has become "a cancer" that she wants out of her life forever.