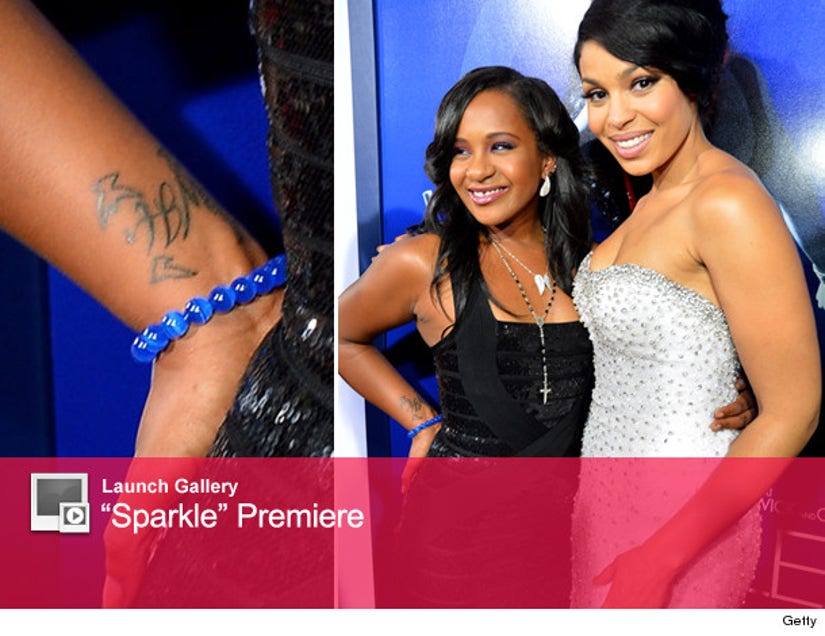 The Hollywood premiere of Whitney Houston's final movie, "Sparkle," went down last night in Hollywood -- and the entire Houston clan came out to remember their lost family member.

Whitney's 19-year-old daughter Bobbi looked great in a tight black bandage dress as she walked the red carpet with "brother"/boyfriend Nick Gordon, who looked sharp in a suit.

The two showed off the new tattoos they recently got on their wrists, showing the initials "WH" surrounded by doves. The pair got the ink done on what would have been Whitney's 49th birthday earlier this month.

The stars of the flick lined the red carpet at Grauman's Chinese Theater as well.

Other stars included Cee Lo Green, Vivica A. Fox, Christina Milian, Mike Epps, JoJo and more -- check out all the arrivals above.