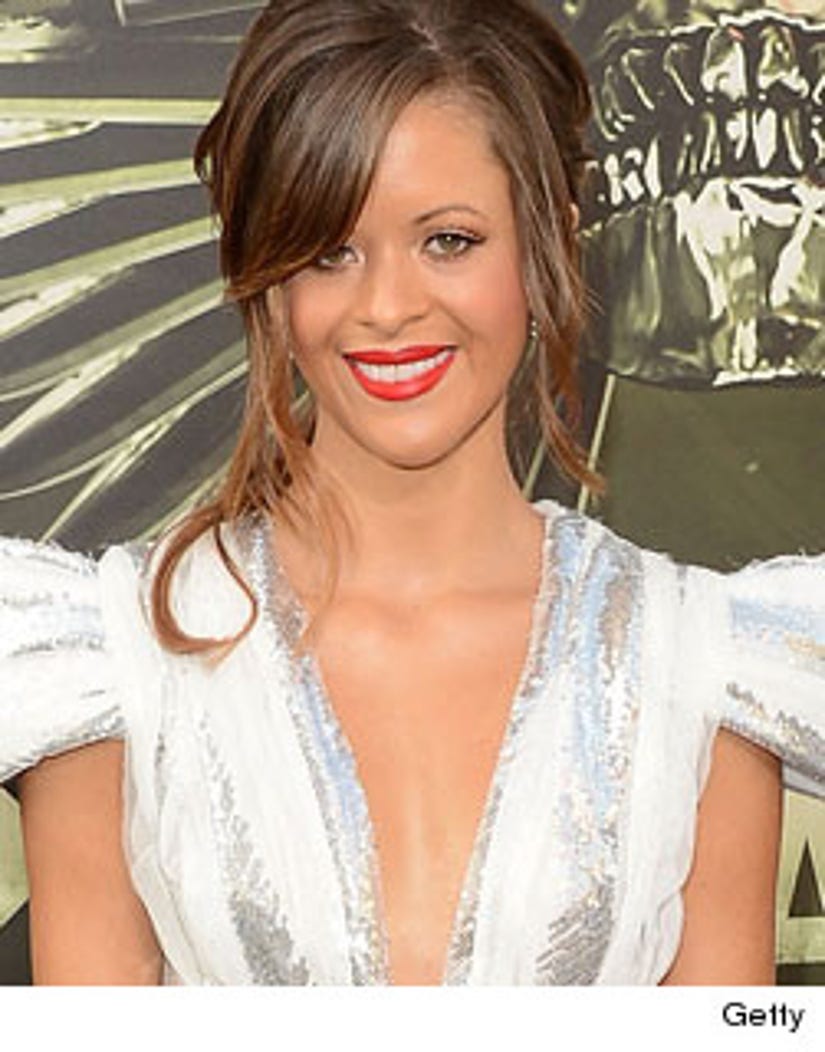 Nikolette Noel has the small but pivotal part at the end of "The Expendpables 2" -- and this beauty definitely makes her scene one to remember!

The actress plays Billy the Kid's (Liam Hemsworth) girlfriend in the film.

toofab caught up with brunette bombshell at the Los Angeles premiere, to find out how it was working on the testosterone-fueled flick.

“Behind the scenes on this set was intense! I was lucky enough to be on set during the big fight scene so the mood was very serious! I almost started doing pushups in the corner in case any of them needed backup! Just kidding,” the 25-year-old says.

As for playing Liam Hemsworth's girlfriend in the movie, Nikolette says she would love to work with him again and that he is very sweet.

Check out our interview with Nikolette below at the Los Angeles red carpet premiere of “The Expendables 2” and see what she said about working with the mega action stars, and who was her favorite "Expendable" to hang with off-set!

Nikolette Noel's recently worked on "The Paperboy" alongside Zac Efron, and she has two films in post-production, the "Texas Chainsaw Massacre 3D" and "Young Again."