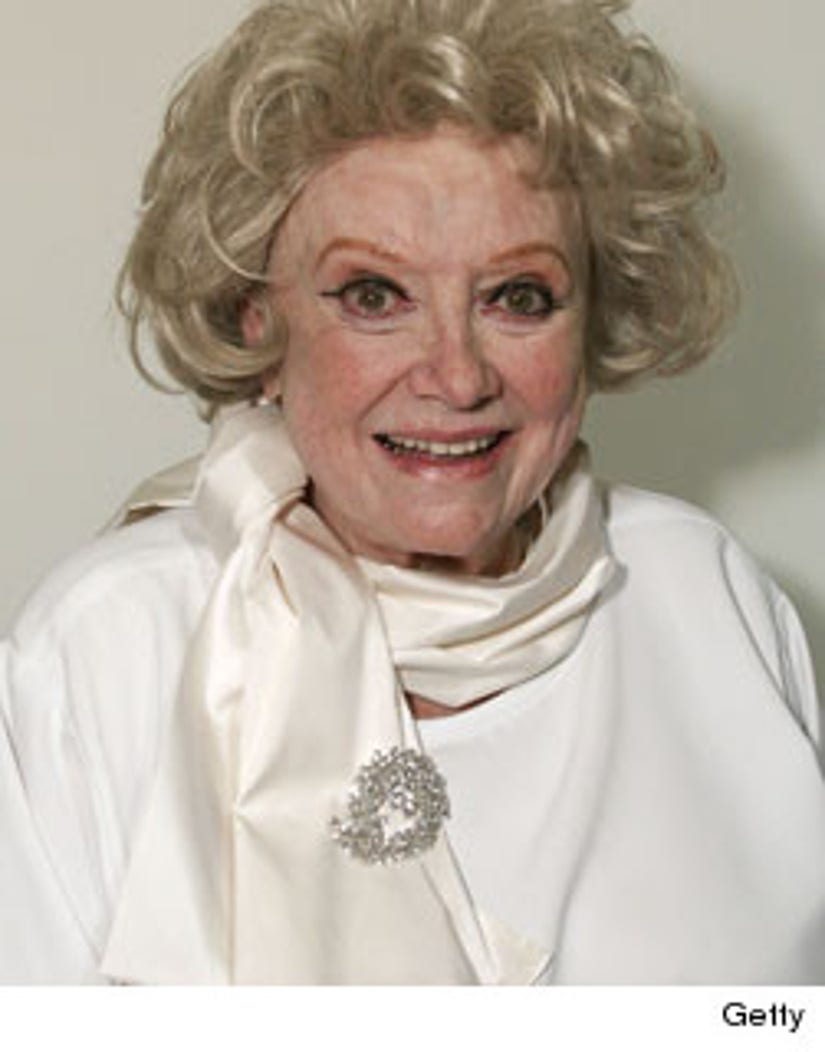 Legendary comedian Phyllis Diller has passed away at age 95.

The outspoken, outrageous Diller was known for her raunchy jokes and her laugh. She appeared in dozens of films and TV shows.

Sources close to Diller tell TMZ the comedian died at her L.A. home, surrounded by family.

Phyllis began her career all the way back in 1952 -- and rose to fame with her TV specials alongside Bob Hope in the 1960s.

Fellow funnywoman Joan Rivers appeared on a recent episode of "Watch What Happens Live" praising Diller, saying she "broke the way for every woman comedian."

Phyllis' celebrity friends and fans took to Twitter to express their condolences:

Ellen DeGeneres ‏@TheEllenShow
We lost a comedy legend today. Phyllis Diller was the queen of the one-liners. She was a pioneer.

Andy Richter ‏@Andy_Richter
Lucky enough to work with Phyllis Diller a few times. Loved her. Sad to hear she died. A hero of mine.

Joan Rivers @Joan_Rivers
I'm beyond saddened by the death of Phyllis Diller. We were friends - Melissa and I had a wonderful time with her at lunch just a month ago.

Cher @Cher
Oh!God that makes me sad! What a shame We loved her in this house! She was More amazing than i.

Dane Cook @DaneCook
Phyllis Diller passed away - age 95. Legend. Inspiration. A funny human being that brought tons of laughs to this world.

Reba McEntire @Reba
Gonna miss Phyllis Diller. Rest in peace my friend. The world is a better place because of you. Happy Trails.

Henry Winkler @hwinkler4real
PHYLLIS DILLER : a painter on canvas and in humor of the human condition MAY REST IN PEACE making GOD laugh