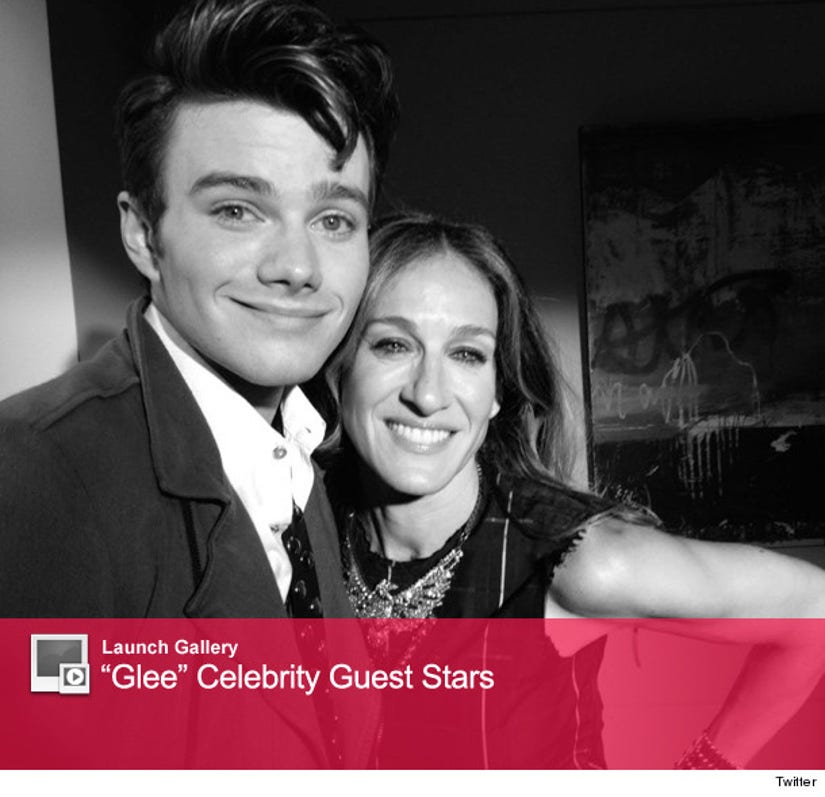 Ever since "Glee" head honcho Ryan Murphy created a Twitter account, Gleeks have been treated to Q&A sessions, deleted scenes, and behind-the-scenes photos and the new promo for Season 4.

Ryan posted the above photo of guest star SJP with Chris Colfer (Kurt), along with the caption "First scene! Kurt and Isabelle."

The former "Sex and the City" star plays Isabelle Klempt, the editor of Vogue.com, where Kurt is a new intern. We can only imagine how jealous Carrie Bradshaw would be!

Another new pic from the set shows Chord and Darren, dapper as ever, gazing into the mirror of a makeup table. We don't have any other words for this, just feel free to study the beauty below, then click "Launch Gallery" above to see more of the famous faces who have guest starred on "Glee!"

Season 4 of the hit show premieres Sept. 13 on FOX. 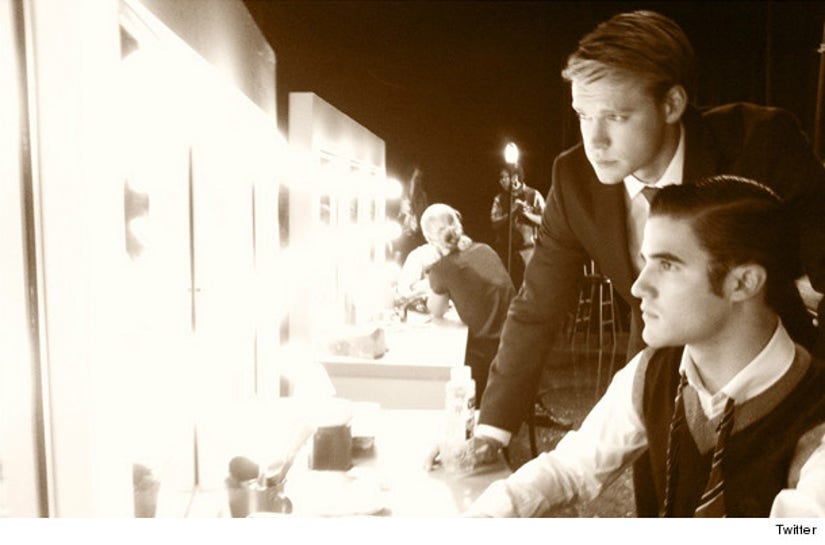