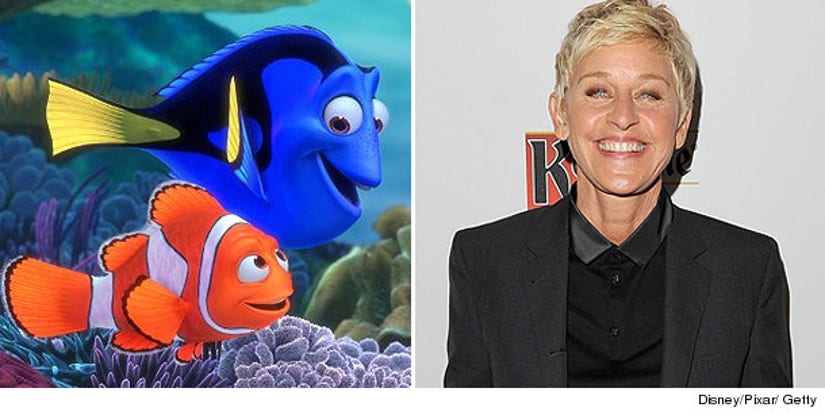 According to The Hollywood Reporter, Ellen DeGeneres is in talks to return as the voice of the forgetful Dory in "Finding Nemo 2."

The talk show host's portrayal of the blue tang in 2003's "Finding Nemo" was a fan favorite, and helped pave the way for the resurgence of the funny lady's career which had stalled a bit after she announced that she was gay in 1997.

The 54-year-old has voiced her desire for a "Nemo" sequel, frequently bringing up the topic on her hugely popular talker "The Ellen DeGeneres Show" -- though she isn't the only celeb who's been pushing for more Nemo.

Check out this video of "Glee" star Darren Criss serenading Ellen with a very special Dory-themed song when he appeared on her show last year.

Writer/director Andrew Stanton, who wrote and co-directed the original "Nemo," is set to return to direct. A 2016 release date is expected for the sequel.