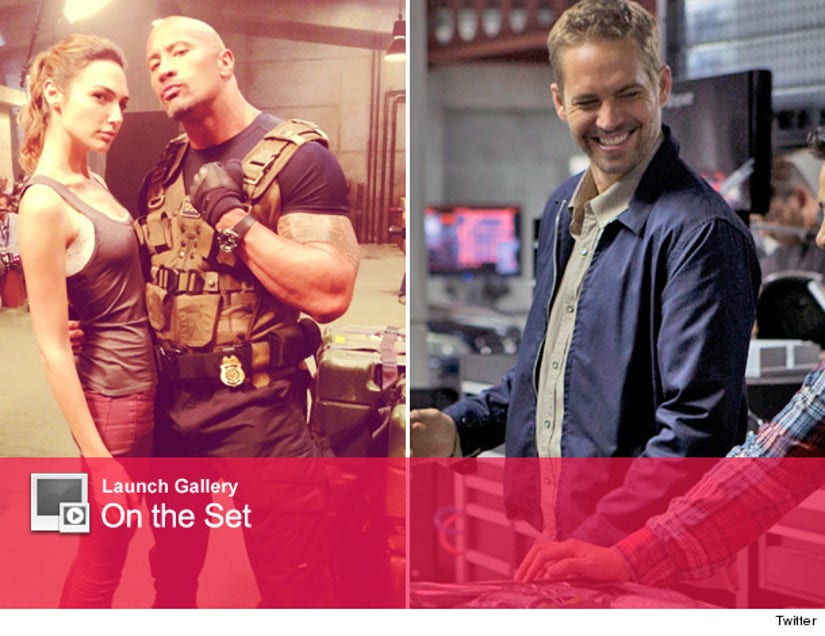 Another "Fast and the Furious" movie won't be racing into theaters until May 2013 -- but filming started this week in London and we're already seeing shots of the cast in action!

Dwayne "The Rock" Johnson has been the most avid Twitter-er from the set so far, posting a ton of status updates about the movie and even a few awesome photos.

Other stars who have upped their Twitter game for this movie include Paul Walker, Tyrese Gibson, Ludacris and the gorgeous Gal Gadot -- who have all shared a pic or two from the set.

The cast also includes Vin Diesel, Michelle Rodriguez (whose character was thought to have died in #4), Jordana Brewster and Gina Carano, who The Rock posted another shot with.